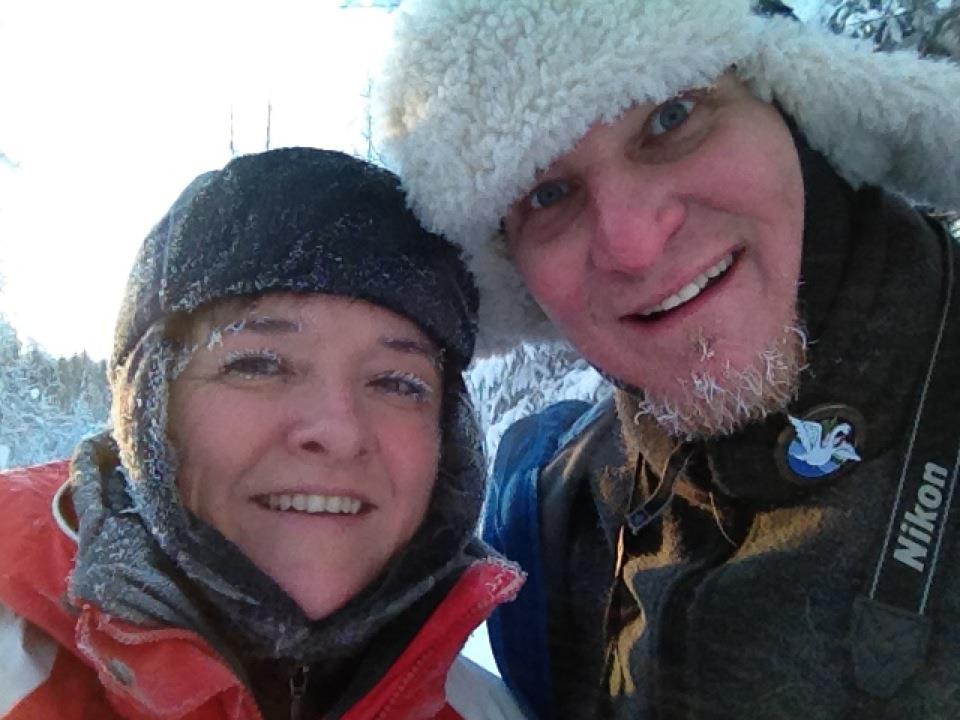 The summer of 1973, only a few weeks before I turned 13, my family moved to a small town in eastern Oregon. We lived a couple blocks from the park and swimming pool where my first weekend in town I saw Sam at a swim meet. If he were here today, he would agree with me when I tell you that we both vividly remember that day. Although we had strong feelings for each other, our first official (and only) date occurred five years later during our freshman year of college when I came home from college on holiday break and he invited me to go to the Civil War game between the University of Oregon and Oregon State. After the game, we returned to Sam's dorm room at the U of O where he was a member of the Oregon swim team and was training for the Olympics. As we were talking, another girl came by and said, "Hi Sam!" in that tone most women know so well. I immediately thought, "Oh no, we are not doing this!" and left about 15 minutes later, never talking with him again. Seriously.

Fast forward 25 years to 2003 when I was living in an amazing place and had an awesome job. During the Christmas holidays that year I took a lengthy vacation and during that time decided I was at peace with life. I had been divorced for over 10 years, was happy being single, loved my job, and lived in one of the most beautiful places on earth. When I returned from my vacation, I had a Christmas card waiting for me from Sam's sister. She told me all about what everyone in the family was doing, and her very last sentence was, "Thought I'd let you know Sam's single again." BOOM. I was so mad since I had only a few days before had decided I loved my life. Well, needless to say, I decided to heck with that, if he wanted to contact me he could get my number from his sisters or his mother, I was not going to reach out to him. The card went into a drawer and I went on with my life.

Six weeks later, on Sunday, February 15, I woke up with Sam on my mind. This did not set well with me, either, as I am a firm believer if you have someone on your mind, you should act on it. I decided I needed to stay as busy as possible that day. Hiking was out of the question because we were in a blizzard and I could not even see to the end of my driveway, football was over as the super bowl had been the Sunday before, so my house became very clean. Crazy thing, though, I could not get him off my mind no matter what I did which annoyed me even more. About 4 p.m. I finally gave in and called him thinking that I would call, see how he was, hang up, and be done with it. At that time, he was staying at his mother's, who I often called throughout the years. However, when I called this time, she did not say, "Hi, how ya doing, thanks for calling," nothing. All she said was, "Oh, you must want to talk to Sam," and handed the phone over. I was not ready for that. But…the very moment I heard his voice, all the emotions and feelings from 25 years before came flying back. Four hours later we hung up having made plans for me to move to join him on May 1 and get married as soon as we could, which turned out to be that July.

Six weeks later we moved to the San Francisco Bay area and finally, after four years of working 60-70 hour weeks and spending every free moment going to the Sierra or to the beach, we moved to Alaska on a whim, arriving on May 22, 2008. We planned to experience every bit of Alaska and eventually retire here. Life here was amazing for us and we loved every single minute. Unfortunately, Sam began complaining of chest pain in March 2009. The initial diagnosis was pneumonia, then asthma, followed by scar tissue from childhood mono, yet the pain never relented. In May, he developed a small but very painful pimple on the back of his head and was diagnosed with apocrine adenocarcinoma, a cancer of the sweat gland attached to a hair follicle and which less than 100 people in the entire world have. It was also one year to the day since we moved to Alaska and he had told me he would never be leaving. Ever. Wow.

Because neither of us had any experience with cancer in our immediate families, we ran with what the doctors felt was the best game plan, remove the cancerous spot on the back of the head along with enough “extra” so that hopefully no cancer would remain, followed by radiation. It turned out the tumor was so deep that it almost penetrated the membrane. It looked like he had a bullseye on the back of his head, especially since his hair did not grow back in that area. Yet, the chest pain continued.

Finally, in October 2009, Dr. Richard Chung decided to order a PET CT scan. Imagine our astonishment when the diagnosis came back as lung cancer. It surprised not only us, but also the oncologists. Sam had been a world class swimmer, never smoked, was in great shape as we enjoyed the outdoors year-round, so this was unbelievable. The worst part? It was an immediate stage 4 diagnosis for non-small cell adenocarcinoma of the lung, lung cancer. Stage 4. It was throughout his entire body from the get-go, lungs, blood, glands, bone which meant his back and hips, pretty much everywhere except his brain. The Navy took full responsibility as Sam spent six years as a “submariner.” All ships built prior to 1980 had asbestos, and the nuclear submarine Sam was assigned to was filled with it.

Sam and I made a pact to continue living life to the fullest as best we could while maintaining a good quality of life. Although there were a lot of bumps in the road, some much more difficult than others, along the way, Sam stayed with me for another four years, finally passing in August 2013. During that time, we continued experiencing Alaska, visiting Eagle, Sitka, dip netting on the Copper, Cordova, Valdez, the Kenai, Fairbanks, and all points in between and beyond. Sam even drove the Haul Road with his life-long best friend and swam in the Arctic at Prudhoe. We hiked in 15 below weather and in 80 above. Encountered the biggest mosquitoes you ever saw, decided we did not enjoy combat fishing so found places to fish that you could only get to by boat or plane. He was my biggest cheerleader during my one and only attempt at Alaska’s Gold Nugget Triathlon (never again!) and when I decided to become involved with the American Lung Association by signing up for the 2009 Clean Air Bike Challenge and joining the Alaska Leadership Board.

The Glass Half Full team continues to ride each year in Sam's honor along with all the other people impacted by lung disease or cancer, raising funds for better education, more research, and better understanding of how lung disease impacts people’s lives as well as garnering more support for caregivers and family members.