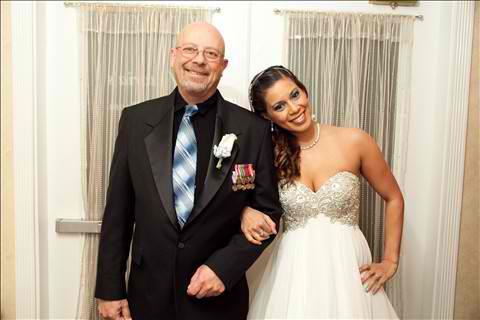 Unfortunately, lung disease is no stranger to our family.

My grandfather was a musical legend. At least, our family thought so. He played any and every instrument, from violin and guitar to his most known specialty, the piano. Being in a band in his prime, he spent many nights playing in smoke filled clubs. He fell ill, passed out, and was informed by specialists that he had an air pocket on one of his lungs. Surgery left him with half a lung and an awesome scar. The Doctors gave him only a few years, but he surpassed their expectations by almost 30 years! Not until 5 years prior to his passing in 2010 was he put on oxygen for 24 hours a day. My grandpa was the smartest man I know and the most talented pianist. He entertained family and friends at every gathering and played the organ at church.

In 2014, lung disease made its presence known again. This time, it was effecting my father. My dad began to have symptoms that November, but did not want to worry me since I was just two months pregnant. After numerous appointments, he was informed that he had tumors in his lungs.

In January 2015, we received the news that would shake our worlds forever. My dad, my hero, was diagnosed with Stage 4 lung cancer. Along with the shortness of breath, he was hospitalized each time his lung collapsed.

He began radiation for the tumors that were already spread to his brain, but unfortunately, he obtained a viral sinus infection that took over too much of his already tiring body.

Devastatingly, he passed in February 2015, just a few months before my daughter was born.

The time between when his symptoms began, being diagnosed, and passing, flew by too quickly. Early detection can help save lives and give us more time with our loved ones. If you or someone you know have lung disease or the potential to have symptoms, please get scanned as soon as possible.