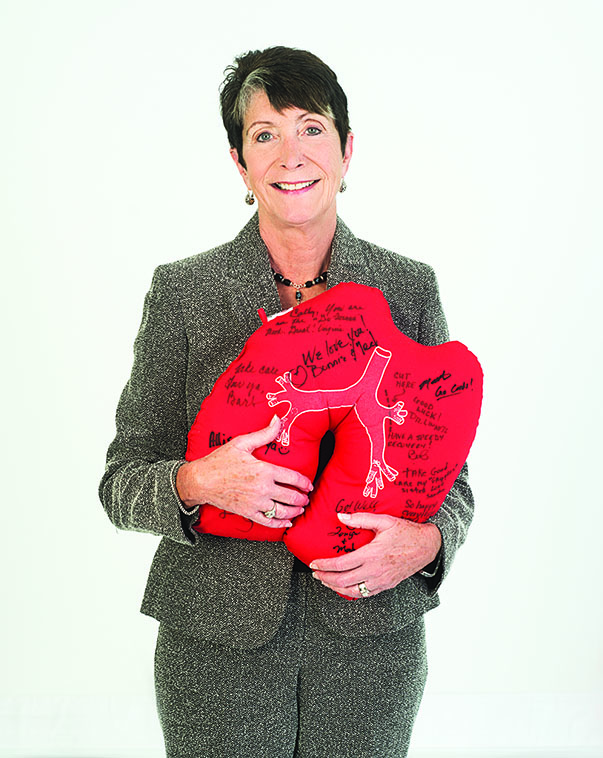 When I had my annual exam with my primary care physician in June 2013, I asked him about having a low-dose CT lung scan. I was a smoker during my 20's and 30's and my Mom died of lung cancer. My doctor was dubious -- I was healthy, had no indication of any problems, and the test wasn't covered by insurance. I asked him to check on the cost and he found out it was $185.

"Let's do it!" I said, and the scan was scheduled. The initial report showed a 1.5 cm "nodular density" that could have been attributed to pneumonia. A follow up in six months was recommended, which showed the same thing. However, the follow-up CT in June of 2014 indicated an increase in the size and a CT-guided needle biopsy was scheduled. On July 2nd of that year, I was told it was malignant.

Strangely, I was not surprised but rather, felt very thankful that it had been caught so early. On July 18, I underwent surgery where my upper left lobe was removed laparoscopically. The cancer had not spread to any of my lymph nodes. I was out of the hospital six days later and back to the office in three weeks.

I will be following up every six months with CT scans. My younger brother came down from Chicago for my surgery. Before he left to return home, I encouraged him to get the scan. Although he smoked very little when he was younger, he agreed. Two weeks later he called me - same diagnosis! Two weeks after that, he had the top lobe of his right lung removed. We're both cancer free and hope to stay that way!