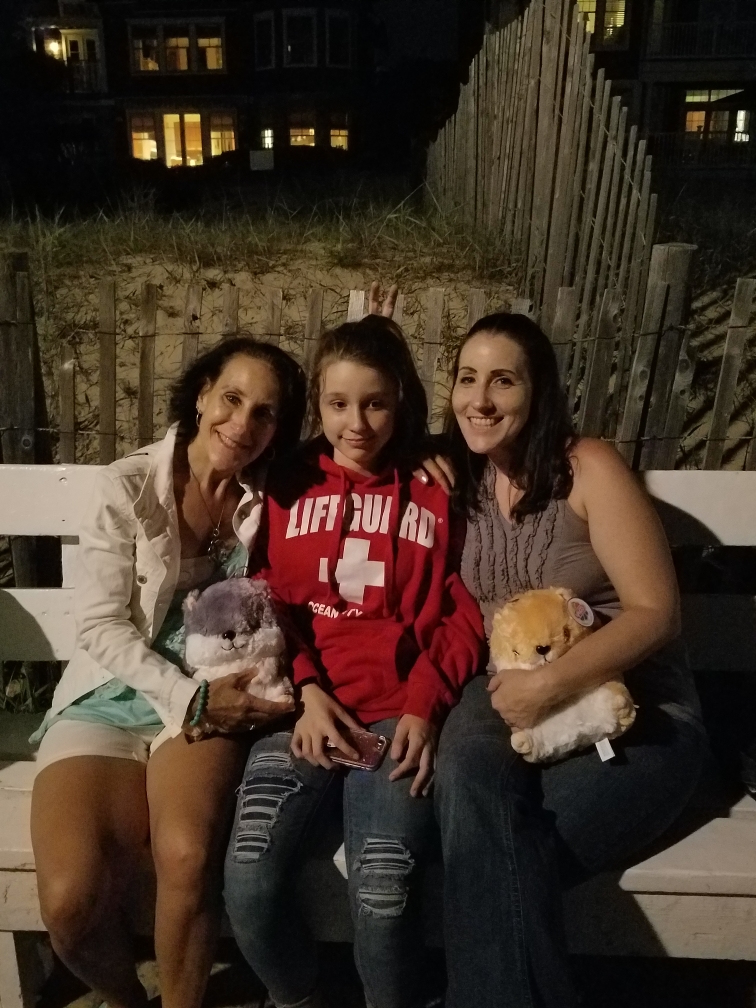 I remember it like it was yesterday. A friend from work and I went to the annual Greek Festival, which is held in May. Little did I know that May of 2013 was going to begin my upcoming battle and lung cancer journey.

When my friend and I got back to work from the Greek Festival, shortly after I felt extremely exhausted and so very tired. I nodded off at my desk without even realizing it. Something I have never done before. It completely surprised me.

From that moment on, I started to feel just not quite right. I’m a non-smoker, exercised regularly, and had healthy eating habits. I started to feel an ache in my left lung, along with a mild dry cough. Having suffered from chronic left lung pneumonia a few year ago, I wasn’t alarmed by these symptoms. A doctor diagnosed me with acid reflux disease and gave me a prescription. The medicine didn’t work, I had to go back.

A chest X-ray showed clouding in my upper region of my lung and some spots in the lower. There was no cancer history in my family, so I was given an antibiotic for pneumonia, but while on the medication I began to cough up blood. Then, pulmonologist Dr. Hiren Shingala performed another X-ray which showed a collapsed lung. I was given an extension to my antibiotic regimen but wasn’t getting better and so a CT scan was ordered.

The scan showed several masses in my upper lobe region of my left lung, and a couple of masses in my lower region. Dr. Troy Moritz then did a biopsy.

It was the beginning of September 2013. Dr. Shingala placed his hand on top of mine and said, your biopsy results came back as malignant. I looked at him and said, “What… You’re kidding me”. I was stunned, my head was reeling trying to wrap my brain around what I just heard. Dr. Shingala comforted me, he was so kind and genuinely apathetic.

I had the tumors removed and while I was in the hospital, Dr. Shingala performed an MRI and found three tumors in my brain. I had brain surgery to remove the tumors. A short time afterwards, November 2013, I then had Gamma knife done. This was to ensure that any remaining cancer cells in those areas would be eliminated. By December 2013 and all surgeries have been performed, and I started taking my daily chemo pills. I remember looking in that mirror and would swear at this lung disease that I could not see and say “You have no idea who you’re dealing with!” I’m fighting this thing with what I’ve come to call, my “Viking Spirit”. My family’s last name is Saxon. Growing up, my siblings and I, used to joke that we were decedents of the Anglo Saxon Vikings.

So there I was, living my new life and taking each day as it comes, with a very positive attitude and feeling a little better each day I was back to work, full time, strumming along through the daily routine of work and life.

Early November of 2016 doctors found nine tumors in my brain. I went numb and was in disbelief. I underwent six weeks of full brain radiation treatment. Words can’t even describe the fear, the anger and the complete disbelief that this was even happening. I thought myself, “wow, this invader is really pulling out all the stops”. I do remember though that this was the most scared through this entire time that I have ever been. I mean, come on, nine brain tumors. Who survives that?!

When radiation treatments were done my tumors went from nine down to 3, and the last scan showed they were very minimal in size. I then had follow up scans to ensure that the remaining minuscule tumors were not growing.

I'm beyond fortunate to have had a team of the best doctors, with talented skillsets and ones who are very personable. This terrible journey would not have gone well without them.

Now it's December 16, 2018. I celebrated another birthday on December 8th. The other week I received a special invitation to be the guest LUNG FORCE Hero at the American Lung Association in Pennsylvania’s Sapphire Gala, on March 9, 2019.

Of course I accepted! I’m so honored and touched! I never saw myself as a “hero.” It truly is an honor to be considered that, but I see it as, I’m just another lung cancer fighter / survivor amongst many in the same position. I think we're all heroes.