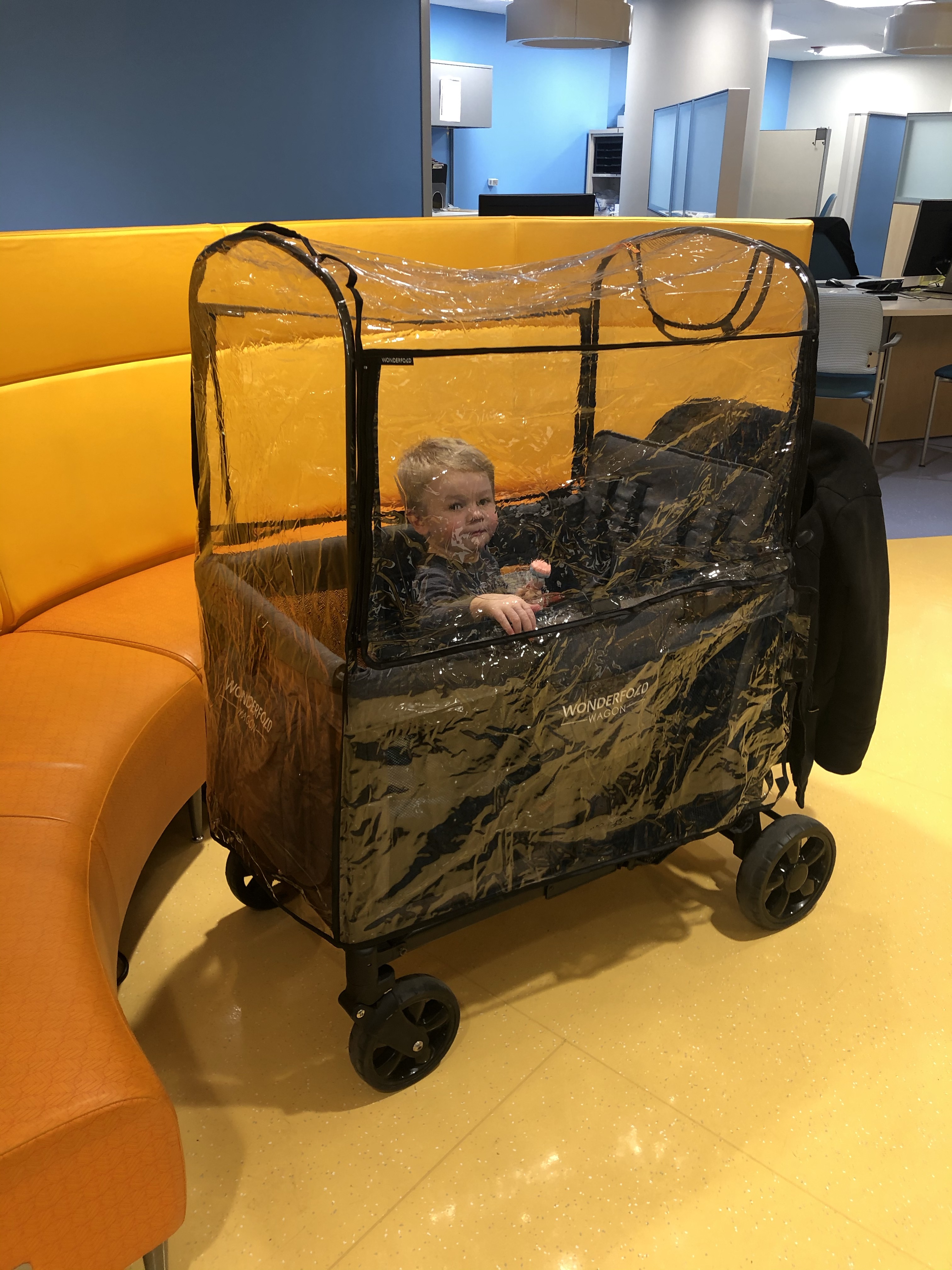 Levi got sick at 4 months old with croup. A month later he was diagnosed with RSV and pneumonia. He had to be hospitalized the day after Christmas for a week on oxygen. He never got better. He got reoccurring infections one after the next.

One year later he was hospitalized again, this time needing to be transferred to the hospital via ambulance. Again, he stayed on high flow oxygen for a week after coding. We saw him suffer through multiple infections, spending hours a day on a nebulizer just to keep his airways open.

This fall we purchased a WonderFold Wagon in hopes to use it as a wheelchair and double stroller. We have three small children less than three years apart. The wagon would second as rolling isolation for him during RSV and flu season. This was his first winter not admitted to the hospital with RSV.

We are now two years post his initial hospitalization and finally had a CT done to diagnose bronchiectasis. Unfortunately, it was right as Covid-19 hit Chicago. Luckily enough for us we were able to keep his appointment and used his rolling isolation to keep him safe. We will now have more genetic testing for CF and PCD as his initial tests came back with only one gene variation.

We have fought for two years to finally get a diagnosis. His smart vest is being delivered tomorrow to start his new treatment plan. While he has had the blanketed diagnosis of chronic lung disease and asthma, we have been a member of the lung community since the start of his journey. We can only hope with a more specific diagnosis he can receive even better care. We are so thankful for the information available through the community as this is all very new to us!