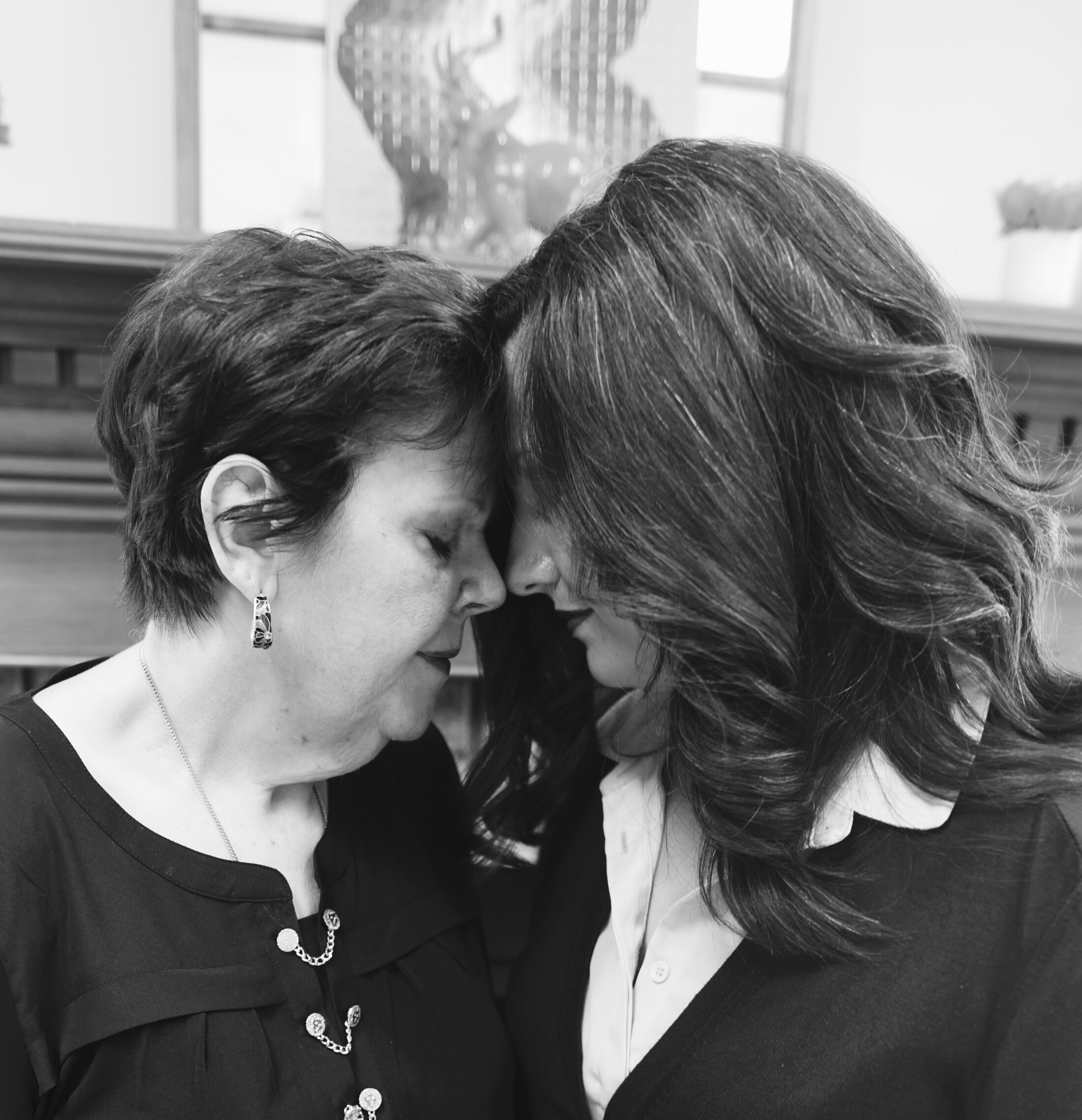 Wiping the sleep out of my eyes, I rolled over and did what any good millennial does first thing in the morning – I checked my cell phone to see what I missed overnight. A text from my mom. Not surprising, we texted all the time. Laying in bed, I opened the text. Pneumonia? Wait, what? She had been battling a cough for 3 years. Was it pneumonia the whole time? Thinking we had finally found the cause of the mystery cough, I called off work and headed to the hospital.

Fast forward a few months to January 2016 and I was picking my mom up from the hospital following a lung biopsy. I brought her home with a new best friend, an oxygen concentrator, and papers from the doctor showing that returning to work could result in death. Unwilling to acknowledge the gravity of the situation, we did what we were known to do best, we cracked a joke about how dramatic the doctor was and laughed.

A few weeks later, I was trying on pair of boots at Marshalls when my phone rang. Before I knew it, I had somehow made it from Marshalls to my bathroom floor. Sobbing, I begged God to let me trade places with her. The biopsy results showed Idiopathic Pulmonary Fibrosis (IPF) had officially invaded our lives and was about to viciously take over. It didn’t care that my mom was only 60 and still had dreams to chase. It didn’t care that I had just gotten a huge job promotion that needed my attention. It didn’t care that all we had was each other. At age 28, ready or not, I became my sweet momma’s caregiver and embarked on what would be the most painfully beautiful experience of my life.

My mom moved in with me and I had the honor and privilege of laughing, crying, and watching way too many episodes of Perry Mason with her as we waited for the inevitable. While my friends were focused on their social lives and careers, I was at home learning how to tell when my mom wasn’t getting enough oxygen and her concentrators needed to be adjusted. I figured out how to identify the pallid complexion of her skin that meant she needed to get to the emergency room immediately, even though she said she felt fine. I became a pro at turning the hospital couch into a bed. I figured out what questions to ask to gauge where we were at in the battle against this debilitating disease. I ran behind a stretcher on more than one occasion, when her blood oxygen levels had dropped dangerously low. I watched as doctor’s placed chest tubes to help with collapsed lungs. I bought new makeup when the medicine she took to help slow the scarring of her lungs made her vomit so violently that she had two black eyes.

It only took 6 months and a couple of collapsed lungs for the IPF to advance to a point where our doctor recommended hospice. Determined to focus on living and not dying, we planned a Celebration of Life Party and invited everyone we knew to tell my mom how amazing she was. For 16 more months my mom fought to breathe – an automatic process that we had previously taken for granted. Our best friend, the oxygen concentrator, eventually got a new partner as we moved from 10 liters to 16, before we finally made it to 20 liters. No matter how hard our squad of concentrators worked, my momma just couldn’t breathe. Fall set in, and on Thanksgiving, a little over two years after our first trip to the hospital with pneumonia, my mom could barely stay awake. I knew we were at the end of the road. IPF was about to steal my confidante, my cheerleader, my broken heart healer, my shopping buddy, my lunch date, my best friend, my whole world.

As the days marched on, I watched my mom gasp for air. Unable to lay down and breath, I laid in her bed and held her until every limb on my body was numb so she could find a position that allowed her to breathe even a tiny bit easier. Two weeks later I knelt in front of my sweet momma as she clutched both of my hands. She pulled them to her face and kissed them. She asked me to stand her up, and as I held the weight of my mom in my arms, we hugged and I knew she was saying goodbye. Several hours later, in the early morning hours of December 8th, 2017 my sweet momma took her last breath.

Nothing can ever replace what Idiopathic Pulmonary Fibrosis took from me. My mom won’t zip up my wedding dress. She won’t babysit her grandchildren. She won’t meet me for any more dinners on Friday night. Despite these harsh realities, I’ll fight until my last breath to help find a cure for this deadly disease, so other people don’t have to travel the same devastating journey my mom and I traveled. Sending all the positive vibes to anyone out there fighting a battle with any lung disease, and to all the brave caregivers who are in the trenches with them. You are not alone!