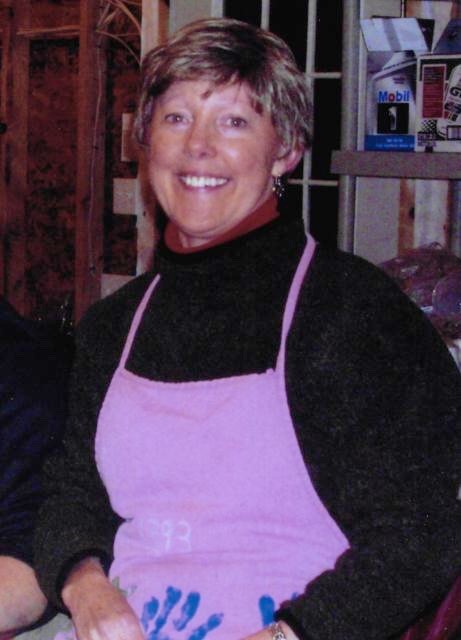 I've known of the American Lung Association since I was a kid. My parents, particularly my mother, were big believers in philanthropy and the American Lung Association was one of the causes they supported. I also knew of the Lung Association, because of the Christmas Seals stamps each year, my mother would let us (the kids) put the seals on the Christmas card envelopes before they were sent out. I began to donate to the Lung Association once I was an adult and could afford to contribute. ALA was one of my charities of choice because my father, John, had lung issues from asbestos-related pulmonary disease from his years as an engineer in the power plants and ship yards and then from inhaling dust and chemicals after he took over the family farm. All of my life he only had the capacity of one lung, but it never slowed him a bit - he was amazing. He passed away in 1999 at 86 years old and had worked on the farm until just weeks before his death.

I had an older sister, Hannah, who had never smoked a cigarette in her life and lived a very healthy lifestyle. At age 52 she became sick and was eventually diagnosed with terminal lung cancer (a bronchial adenoma). As is often unfortunately the typical course with these adenomas, by the time she was accurately diagnosed it was too late for surgery. She responded well to chemotherapy and lived for three years but died in 2006. Though it has been over a decade, I think of her and miss her terribly every day.

I became aware of the opportunity to fund the illumination of Boathouse Row during Turquoise Takeover, from a former co-worker with whom I had become friends. She was the liaison for the company to a lot of charitable organizations, including the Lung Association. Having known my sister and how she died, she told me about the opportunity to illuminate Boathouse Row and I knew immediately I wanted to do it. Hannah was not one who wanted a lot of attention and fuss, especially about her illness, but she loved beauty and nature and I knew illuminating Boathouse Row was something she would love. I decided to ask my twin sister if she wanted to join me to do it and she, too, jumped at the chance. We have a large, extended family who all loved Hannah and so I sent some pictures out of the first year - since then a couple of our cousins have asked to contribute each year. If I had my way and if I were wealthy, I would light the entire city of Philadelphia in turquoise to honor Hannah - she deserved it!