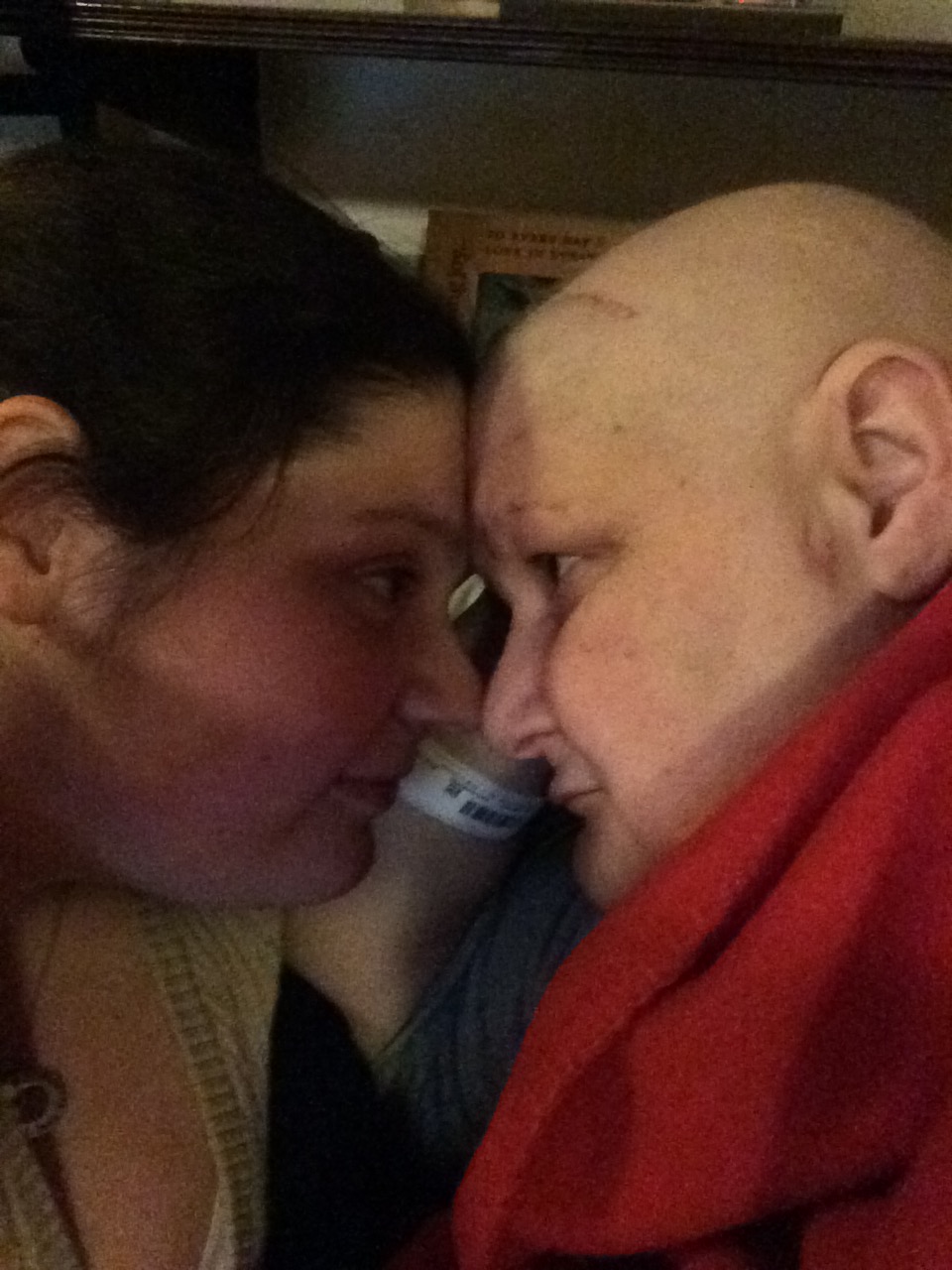 In September 2014 my Mom became ill, she would go to the doctor and be told it was a really bad cold, bronchitis, pneumonia, etc. One morning, my mom started coughing up blood, and I instantly new we were dealing with something else. We wound up in the emergency room later that afternoon. They ran numerous tests, one of them being a CT scan. Well, that CT scan showed a mass wrapped around the pulmonary artery with "high suspicion of malignancy" and a mass on the adrenal gland. Once non-small cell lung cancer was diagnosed via biopsy, an MRI of the brain was needed, as that is one of the first places advanced stage lung cancer travels to. My Mom did in fact have a tumor in her brain.

She would undergo radiation to the brain and adrenal gland, and start chemotherapy treatment. The radiation treated the brain tumor, and adrenal gland, and the chemotherapy shrunk the lung mass by 80 percent. My Mom was doing well and even started pulmonary rehab 3 times a week. During one of her follow up scans, she was NED (no evidence of treatable disease). Unfortunately, because there was no detectable cancer, there was no course of treatment. Ultimately, my mom began to profusely cough up blood, so much so that I passed out, and broke my tooth and nose when hitting the floor! After regaining consciousness and calling 911 for both of us, we were back in the hospital.

At this time, my Mom's disease had progressed, she had several brain tumors, and a tumor on the opposite adrenal gland. The goal was to treat the brain tumors with radiation, so that she could meet the criteria of a clinical trial opening up in January 2016. When she went for an MRI of the brain to determine where the radiation should target, it was found that she had 8 brain tumors. The doctors said they were really pushing the limits, as the tumors were just so large and impacting her vision, cognition, and memory. They went ahead and treated them anyway, as surgery was not an option. My Mom wanted a fighting chance.

Unfortunately just days after radiation, my mom wound up in the hospital again, this time she was unable to walk. It was determined that there was so much fluid in her brain, and the cancer was believed to have spread to her bone marrow. Her oncologist suggested a stent be put in her brain to drain some of the fluid and keep her comfortable. We talked about the possibility of radiation to the back to kill some of the cancer cells in the bone marrow. However, her oncologist would not speak on how much time this would give my mom vs. if we opted out of treatment. At this point the quality of life my Mom had was poor.

As a family, we made the heartbreaking decision to take her home from the hospital on hospice care. My Mother lived 4 days at home before losing her battle with lung cancer on February 2, 2016. There is not one day that goes by where I don't think about her, and this awful cancer. So much more needs to be done to make the prognosis of lung cancer better.