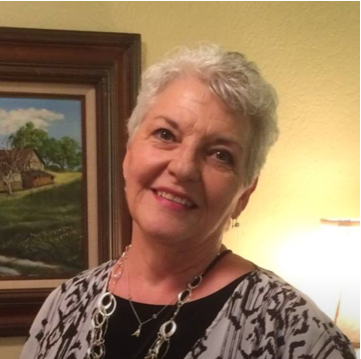 I was about to sit down to dinner when the telephone rang. The caller was my doctor delivering a dread message: “I’m sorry to have to tell you,” he said quietly. Your tests show that you have non-small cell lung cancer.”

I reacted as most people have done when faced with such a chilling diagnosis. An intense fear gripped me. My head spun. There was a moment of denial before panic swept over me. A hundred questions sprang into my mind. I needed answers but first I needed to cry, to scream, and to be held.

This was the second such telephone message to arrive at the Morin household in just six years. In mid-November 2010, my husband was diagnosed with Stage IV lung cancer with metastasis to his brain, spine, long bones and almost every part of him. On February 2, 2011, Hospice was brought in and on February 23, Gary passed.

To learn that I was about to start on the same journey was especially frightening and deeply emotional. Later, visiting the same doctors’ offices, hospital and infusion center brought back every step of his journey.

Early detection is the key to victory over this vile and indiscriminate disease known as cancer. Have you ever noticed a lump, bump, or some oddity on your body that was not there before? I have and it saved my life!

One day in 2016 I discovered my right clavicle seemed to be protruding and higher than the left. I called my doctor’s office for a consultation, more curious than alarmed at this stage. His initial thought was that I should have my thyroid checked. An ultrasound technician at a local medical facility quickly recommended that a radiologist take a look.

The radiologist recommended I revisit my doctor. The two agreed that a spot on my left lung needed to be checked by a pulmonologist. By now, I had begun to fear the worst. On the other hand, I told myself, surely this was a relatively unthreatening thyroid issue?

No such luck. A biopsy showed that it was cancer.

My pulmonologist presented my case, including CT scan, blood draws, and PET scan, to the tumor board where a course of action was agreed upon…surgery! The surgeon explained how he would remove a small section of my lung and recovery would be easy. Oh, and there was another small, different-type, Stage I tumor on my right lung. In mid-August, when I woke in ICU after surgery, my surgeon said it was more extensive than expected. It went from Stage I to Stage III and one half of my left lung had been removed. A number of lymph nodes had been affected and were also removed. Because of the location they weren’t able to retrieve more lymph nodes so radiation and chemo were recommended.

Next, I moved on to the oncologist to set up the plan of attack. How, I wondered could this be happening? I was no longer necessarily in denial; rather, I think I was more stunned. Five treatments of Cisplatin awaited me. Because of severe pain from a fall a month earlier resulting in a fractured vertebra in the thorax region of my spine, I was unable to sit for long periods of time. Before I could begin chemo, I had to have a vertebroplasty and then began my chemo the next day.

My 70th birthday was approaching and a girls’ cruise to the Mexican Riviera with a few friends was already planned. No way was I missing that! Radiation would have to wait a month. Post cruise, I underwent five weeks of daily radiation to my central chest as well as four Cyberknife treatments to the tumor on the right side. (A combination that sure does knock the pizzazz out of you.) Not to mention that coping with COPD (yes, I was a smoker) has altered my lifestyle. And now, as a result of radiation, I have osteoporosis with two more fractures in the thorax area.

Throughout this challenge I have tried to maintain a sense of humor, a positive attitude (most of the time) and maintain complete trust in my medical team. My friends and family bolstered me every minute of every day. And still do! It’s been nearly three years since my cancer was diagnosed and I’m more and more confident that superior medical care and a good attitude have saved my life.