Every day, there are brave dads struggling with lung disease: the dad fighting lung cancer so he can walk his daughter down the aisle. A dad and grandfather acclimating to life with COPD. The fathers who lost their battles and the ones we continue to fight for.

These stories serve as a reminder that we must do whatever it takes to end lung disease, for the dads, and for everyone.

In honor of Father's Day, we share some of these stories and invite you to share yours.

Thank you for being a part of this.

Bruce is a 51-year-old father of three teenage daughters who is being treated for stage IV non-small cell lung cancer with the ALK mutation. "I hope the amazing targeted therapies now available allow me to be part of their lives for years to come."

Kenzie was devasted when her dad, Kenneth, was diagnosed with lung cancer. After watching him fight the disease for several years, Kenzie and her children moved back to take care of him. "My dad had great pride, and I know it was hard for him to accept my help. Yet he needed me … I would have done anything to get him better." 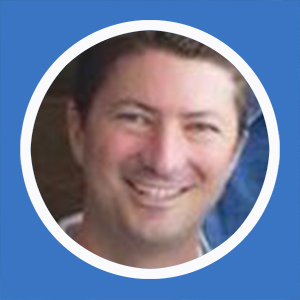 Frank was diagnosed with lung cancer at age 35 and learned the statistics were shocking. "That's not exactly how I envisioned my path in this world ending. I have three young boys… Those guys love me a lot and give me a lot to live for."

These stories from our LUNG FORCE Heroes inspire, encourage and empower us to raise our voices for lung health. Become a LUNG FORCE Hero by sharing your story.