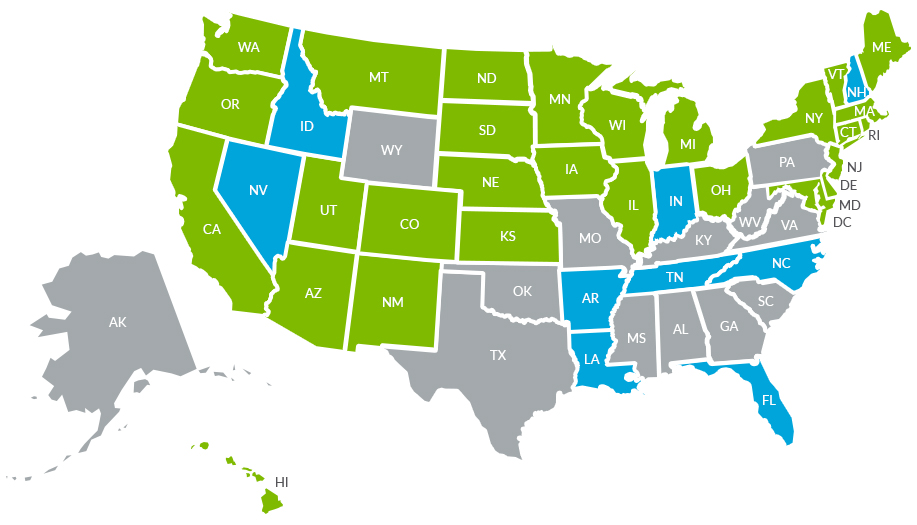 As the above map shows, the country has made progress toward making all 50 states smokefree with 28 states1 and the District of Columbia having passed comprehensive smokefree laws. However, progress has completely stalled over the past eight years with zero states approving comprehensive smokefree workplace laws. The American Lung Association believes that all 50 states and the District of Columbia must pass laws prohibiting smoking in all public places and workplaces, including all restaurants, bars and casinos.

People in 22 states remain unprotected from secondhand smoke in all public places and workplaces. The American Lung Association will continue to fight to pass comprehensive smokefree laws because no one should have to be exposed to secondhand smoke to earn a paycheck.

In December 2016, the U.S. Surgeon General released a report concluding that e-cigarette aerosol is not harmless, and can contain nicotine and other harmful and potentially harmful chemicals. Fifteen states and the District of Columbia have added e-cigarettes to their smokefree laws and the American Lung Association urges all other states to do the same.

What You Can Do to Help

Please join our fight for smokefree air and lung health by becoming a member of our Lung Action Network.