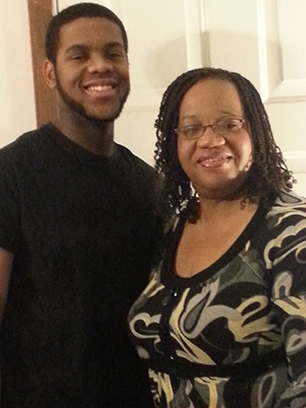 After I had undergone three surgeries at just three-years-old to try to help my breathing issues, I was diagnosed with asthma. Having asthma really restricted me from being a normal kid. I had many allergies including peanuts, pork, milk, dust, ragweed, and pollen among other things. I couldn’t go outside to play with my friends. All seasons were bad for me. Winter was cold and triggered my asthma; spring was bad because of all the blooming plants and pollen; summer was too hot; and autumn was hard on my asthma due to all the leaves falling.

My asthma hit its worst point when I was about ten years old and in the fifth grade. I missed over half the school year and was taking about 13 medications a day. When I went into the sixth grade, I started IVIG treatments, because the many steroids I had taken had torn down by immune system. I received two treatments every month, which went on for about a year and a half.

Then my doctor started me on Xolair, which turned out to be a miracle drug for me. I was given three shots every two weeks, which went on for five years until my doctor was able to wean me off of the drug just before I started college. Now, I am 18 and just finished my first year at Ohio State and have been off Xolair for a full year.

I am only taking one medication each day now and am able to do the things I had always wanted to do. I am staying as active as possible without any flare ups and have not had an attack in about eight years. The only other time I experienced this level of breathing relief was when I was 10 and went to the National Jewish Research Center and Hospital in Colorado. The air quality there was so much better there because of its high elevation level.

It was a night and day comparison to when I was at home in Ohio. The results of my lung function tests increased from the low 60s in Ohio to the high 90s in Denver. After I came back home to Ohio, it seemed like nothing had changed. My doctor suggested moving to a cleaner place like Denver. Because our family was in Ohio, we decided not to move. I wish that the air quality everywhere could be as clean as I experienced in Denver.