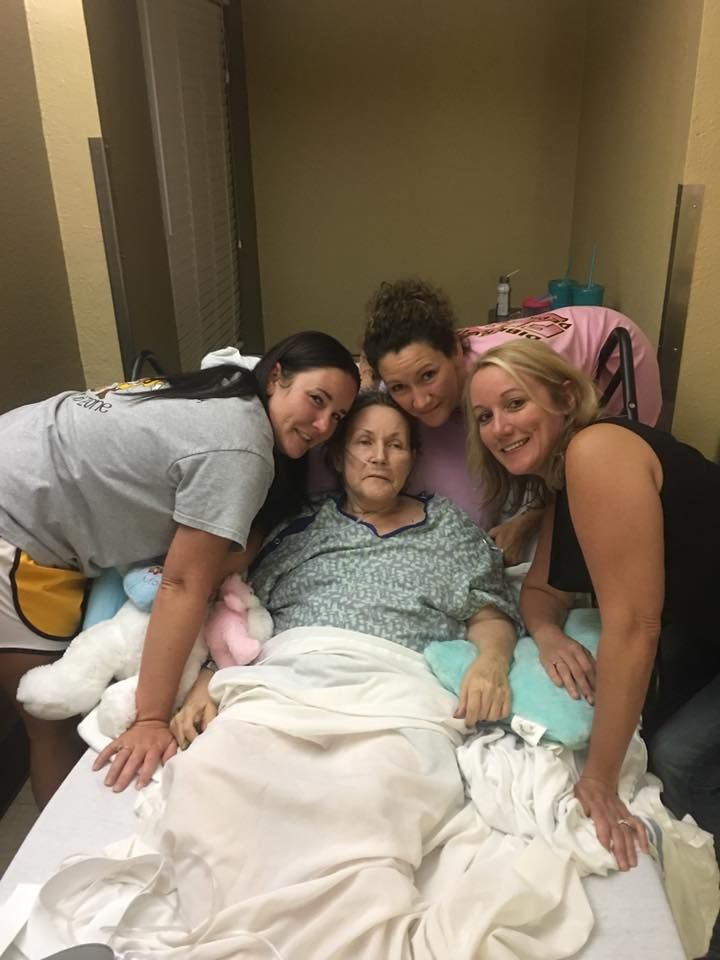 I am parent-less now thanks to lung cancer. I am a registered nurse and I couldn't keep them alive.

My father died four years ago at the age of 67 of Small Cell Carcinoma of the lungs. He smoked Prince Albert in a can when he couldn't afford cigarettes anymore. When he was diagnosed, he was given four months to live and he lived for five months. I took him to his doctor appointments every three months for the last eight years, to get his medication refills and see his PCP. He had COPD and rarely got chest xrays. Even with me being a nurse, I didn't see it coming. He was diagnosed after it spread to his bones and I thought he broke his hip. I took him to the ER and the MD came back in to say he was staying at the hospital. I asked, "So he did break his hip?" and the MD said, "No, he has cancer that has spread to his bones, and is most likely lung cancer." Wow, no tact. No bedside manor. Just frank, "He has cancer."

He died November 22, 2013. My mother never had any health problems. She smoked a pack a day for 40 years. She got a really bad upper respiratory infection and I begged her to see someone about it. She finally, after two weeks, went to a walk in clinic and they gave her medication. She didn't get any better and ended up going to the ER after I begged her to go. I went up there and she was being discharged and was not able to walk without loosing her breath. You see, she didn't have insurance and wasn't old enough for Medicare yet. She was only 63.

I noticed she had one pupil that was bigger than the other and her blood pressure was through the roof. I asked for a D-dimer and the MD said okay, it came back positive. They finally agreed to keep her because they thought she had a blood clot in her lung. We found out she had lung cancer that night. With the help of our local Congressman Steven Palazzo, we were able to get her emergency Medicaid. She too had Small Cell Carcinoma of the lungs. It was a large tumor that was wrapped around her heart. Non-surgical. After treatment with chemo and radiation she died July 30, 2016 at the age of 64. Medicaid wouldn't pay for another PET scan and she ended up with the cancer spreading to her bones in her arm, which was never treated with radiation. Then spread to her brain.

They left behind three daughters and five grandchildren. The youngest being my daughter of five years old. She will never know her grandfather and only have some memories of her "Nana." Smoking killed my parents. I am an orphan thanks to lung cancer and the tobacco companies. I am only 44 years old. I wanted to share my story so other families never have to go through this.

I tried unsuccessfully to get my parents to quit smoking throughout my life, my dad only quit because I was going to have a baby and I told him I wouldn't bring her to his home with him smoking. So he quit. He died a year later. The earlier we can stop people from smoking the more likely they can live life without cancer. Please feel free to contact me to elaborate if needed. I have felt helpless too long.