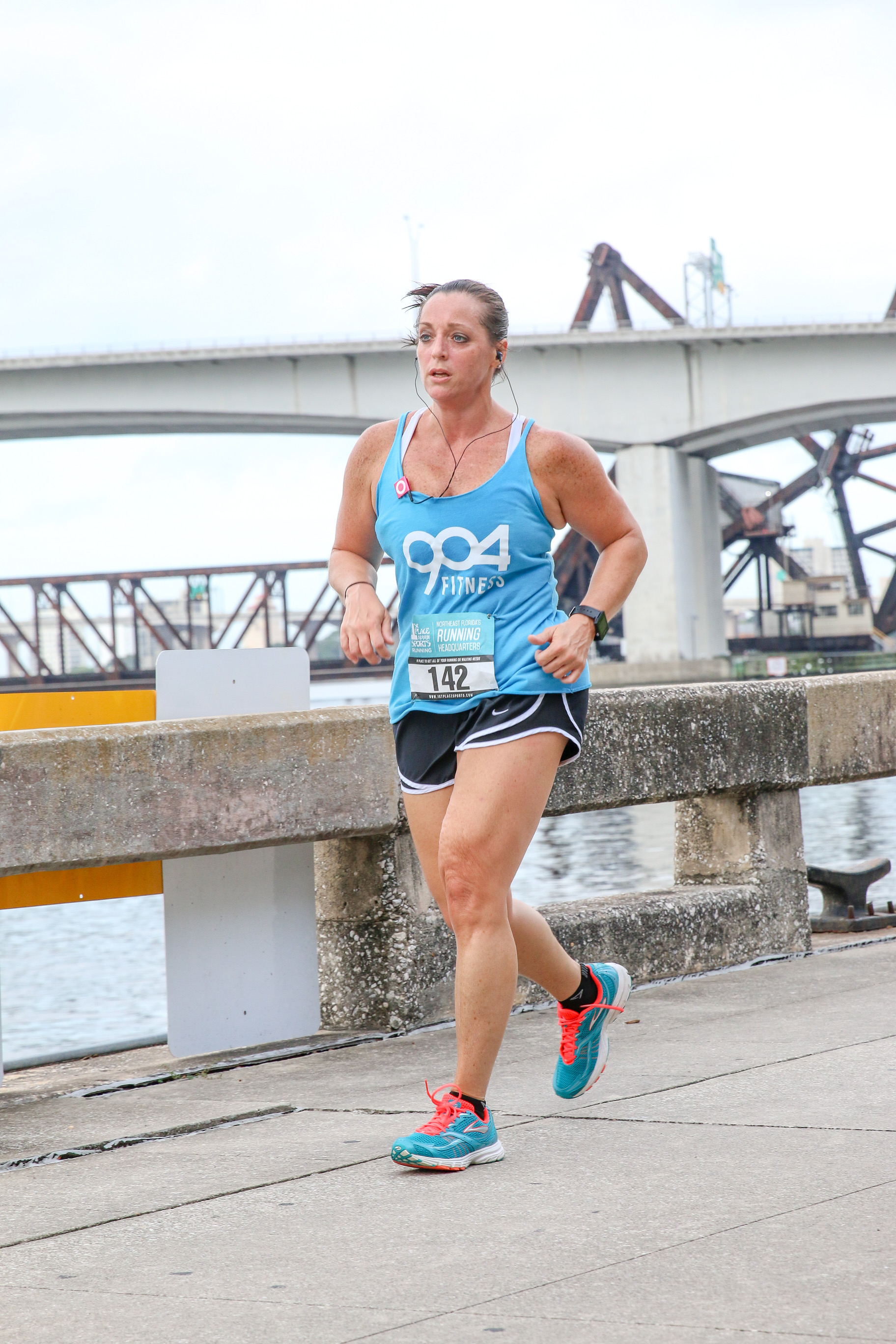 Growing up I was never very athletic and got out of breath easily. As a cheerleader, I always struggled. Once in high school while playing soccer the coaches thought I was hyperventilating, and handed me a paper bag to breathe into to recover. As I attended college I put on the “college 15+” weight. It continued to escalate and in 2008 I was miserable. I couldn't walk across the parking lot without being winded. I couldn't believe how out of control my weight had become. It was time to fix it.

So, I began working out, huffing and puffing the whole time. I attributed my struggles to breathe to being so overweight. At the time, my personal trainer suggested I align myself with people that could help me reach my goals. Quickly I became friends with some extremely fit girls at the gym I was attending and the owner assigned one of the fittest girls there to me for a weight loss challenge. Before long I had a whole army behind me and these girls became my best friends. They saved me and tried to kill me at the same time. They were all runners and I had never run in my life.

We decided to take a road trip for a race. My friend Jennifer said, "TLove, I will run the 5K with you while the others run the half marathon." I thought, "OK…I work out…I can surely run 3.1 miles."

Two minutes into the race I could not run anymore. I couldn't breathe, I was miserable, and I'm sure a few choice words came out of my mouth. We passed a Wendy's on the route and I even suggested to stop for a Frosty. Jennifer never left my side the whole race and never let me stop for the Frosty. When I left South Carolina that weekend I knew if I was going to be able to hang with my friends I had to hire someone to help me run. I set up a coaching session with Paul McRae of PRS. As we started out on our one mile jaunt, we walked to one street light and ran to the next. About a half mile into it, he asked if asthma ran in my family. He suggested I go see a doctor to be tested.

The whole time I thought I was just seriously out of shape. Without his help, I'm not sure if I would have ever made my journey to becoming more fit and discovering my lung disease. So, you see, my journey with my lungs has been a long one. No one really figured out what was going on until four years ago. On Paul's advice, I made that appointment with an amazing pulmonologist. She diagnosed me with exercise-induced bronchial spasms and later allergy-induced as well. We have changed my medications several times to make different activities easier. She listens, she understands and she chooses mild medications that work for me.

I now CrossFit, swim, run, indoor cycle and do it all at my maximum capacity. I'm able to live my life like a normal person. I'm able to share my story with those struggling and I'm able to put that into raising awareness and funds for the American Lung Association. Upon joining my local LUNG FORCE Women's Cabinet, I posed a question on my social media page of who has been affected by lung disease.

Here is what I found within a few hours:

- The stepmom of a dear friend has stage 4 Lung cancer. We did the LUNG FORCE Run in Jacksonville in honor of Mimi, and the stair climb in the hopes she is given more time on this earth.

- A woman I attended high school with lost her mother last year to lung cancer, and another high school friend's dad was just diagnosed and currently starting treatment.

- A friend on my Fight For Air Climb team found out a month before the climb her uncle has stage 2 lung cancer. Our team started the climb at 9 a.m. and at 9:15 her uncle went in for more testing. He has now started chemo and radiation and his prognosis is good.

- As one of my fundraisers we sold handmade bracelets made by another lifelong friend of mine. Her husband and son battle asthma and her mom had 40 percent of her lung removed and is a lung cancer survivor.

As these posts came in I was in awe of the number of people I knew personally that have been affected by lung disease. I know I am exactly where I was meant to be. I'm so passionate about this organization with such personal meaning to me. Currently I hope I am only touching the surface with the people I can reach and with what I can give back; I'm so honored to have found the American Lung Association.