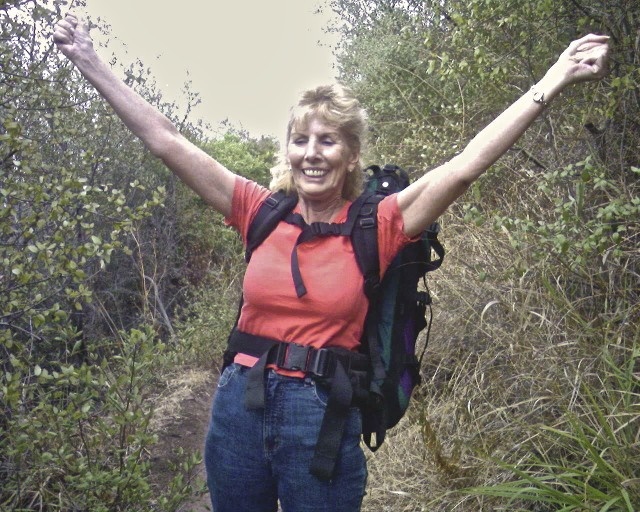 In December 2011 my mom, Peggy, was feeling sick with a cold, a fever and a funny swallowing issue. She wasn't her normal cheerful self around the holidays. Decorating for Christmas, buying and wrapping presents brought her great joy. She would invite all us kids over to rip open presents as fast as we could with all the ooh's and ah's we could muster. We would greatly anticipate the stockings which she still filled with goodies, even though we are all very grown. We could not open those until everything else was semi organized and everyone was sitting around the fireplace. We ripped into those too and at long last we could finally see under the tree with trash and goodies scattered everywhere. We had fun watching our mom rip into her stocking as well.

Mom had just turned 78 years young. She was in training for another Los Angeles marathon to be held the following March. A few years back she climbed half dome in Yosemite twice! As the marathon got closer, she still was training but was tired. Her primary care physician was treating her for asthma, which she had never had in her life. Swallowing water made her cough but the doctor thought nothing of it. An X-ray showed nothing. When she started having some back pain she decided not to participate in the marathon and was greatly disappointed. It was the first one she missed over the past few years.

Mom finally decided to see an ENT doctor who suggested she have an CAT scan of her throat and lungs. It revealed a tumor on her lung near her heart and we were all devastated. A skilled thoracic surgeon thought he may be able to remove the tumor and part of her lung. We waited patiently praying for the best outcome possible. Mom has more marathons to do! I forgot to mention she was also missing her pickle ball classes, her art class, her piano lessons, walking her 2 dogs, and her tap dance troupe practices!

We were anxiously waiting her news when the doctor walked in and told us it was not good. The lung tumor was too close to her heart and he didn't want to cause any cells to break off so he could not remove it entirely. He did pull some away from her back which helped her pain. The diagnosis was non-small cell lung cancer stage 3B. Not great odds.

She was immediately scheduled for chemo and radiation at Kaiser. My brother, a physician, got her into a UCLA targeted radiation trial. Kaiser refused to do that procedure. The goal was to limit damage to her heart. She was a trooper and tolerated everything fairly well. We celebrated another Christmas and she was doing as well as expected, recovering from surgery and her treatments. She was very diligent about eating healthy and even juicing regularly. She also had successful throat surgery to help her swallow because her vocal chords were damaged from the tumor.

Mom was usually tired but she eventually felt well enough to try a 5K. She still had her beautiful hair as well. This was a woman who, a few years back, completed a 1/2 marathon in the rain with two broken wrists! The 5K wore her out but she was happy to accomplish another big goal and get her medal. She never got her strength back and continued to have less energy. She began to have motor skill problems with her legs and hands. She collapsed a few times while walking. She finally went to urgent care and got a referral to see a neurologist. He did a brain scan and found multiple brain spots. We were devastated again. In addition she had a hip biopsy and they found bone cancer. The lung cancer had metastacized.

She was immediately scheduled for whole brain radiation 5 days a week for several weeks. This was a long drive but she was still determined to fight. That radiation basically destroyed her body and brain. She had to use a walker the second week and a wheelchair the third week. She never was able to walk again. She could no longer climb stairs to her comfy bed and had to have a hospital bed downstairs. She was taking so much medication it was a full time job to ensure she took them at the right time with food. Mom didn't want to eat much anymore. She was in and out of urgent care and hospitals, even an ambulance ride one morning.

We celebrated her 80th birthday on October 15th. She returned from her last hospital stay in time for Thanksgiving dinner but she did not have much of an appetite. She started having memory issues and couldn't talk real well. She was depressed. Eventually we got her on palliative care, some physical therapy, a full time nurse and us kids took shifts saying with her. She was going down hill fast. We eventually put her in hospice, which lasted only a few days. She was ready. She passed away on December 22, 2013. She wanted her medical team to learn from her case, including the clinical trial for targeted lung radiation. I'm sure she is tap dancing and training for her next marathon with the Christmas Angels