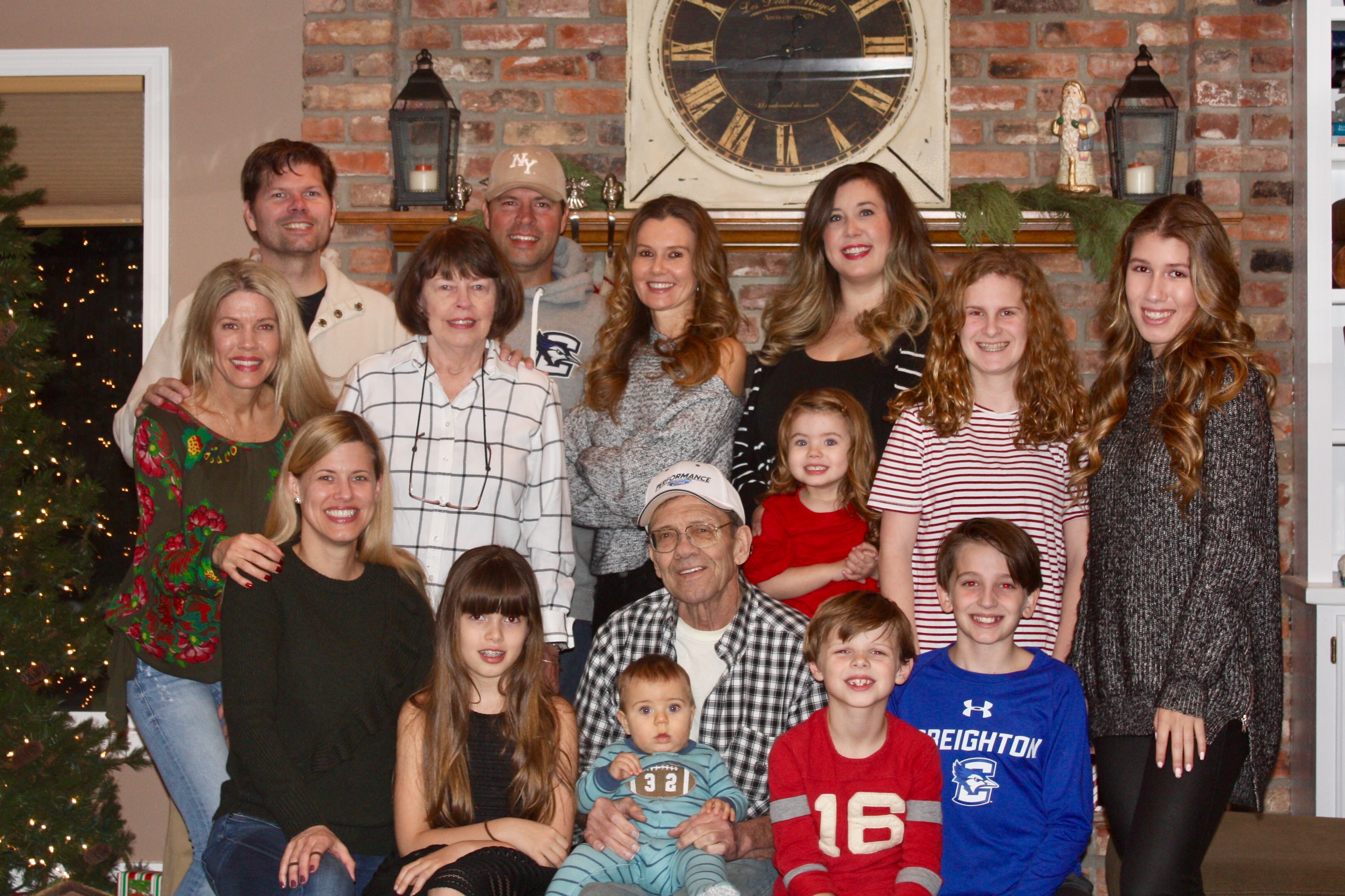 Born in small-town Nebraska in 1941, my father began smoking cigarettes when he was a young adult. Our family photo albums are full of pictures showing my dad holding a cigarette or an ashtray strategically placed on the kitchen table nearby. Little did he know that his pack-a-day smoking habit would change the course of his life.  In his early 50s, my dad miraculously quit smoking cold-turkey. He said he was tired of feeling bad.

He lived simply – prioritizing faith, family and work.  He was kind and generous to those who crossed his path.  He was a larger-than-life personality with big dreams and ideas. He loved his family.  His loud voice, a Fischer trait, would bellow with laughter and he always loved a good joke. He was the most engaged grandpa to his seven grandchildren. At every family gathering you could find my dad playing with the kids!

In 2012, my dad was diagnosed with Stage 4 Lung Cancer. Over 20 years after he quit smoking. The doctors found a suspicious spot on my dad’s lower left lung and after a biopsy, confirmed it was cancer. The plan was to perform a lobectomy, but during the surgery they discovered the cancer had already spread to his chest cavity. The years following included many scans and numerous rounds of chemo and radiation all designed to prevent the cancer from spreading.

My dad is the strongest person I have ever known and he lived with lung cancer like a champ for six years, but this disease is relentless and while we cherished every last moment, we knew it was only a matter of time. My dad fell very ill in December of 2017 and it was determined the cancer had spread to the bones in areas of his rib cage and hip. In significant pain and unable to breathe without oxygen my dad surrendered his fight on February 24, 2018.  This horrible disease stole precious years from my father's life and time spent with his family. He is missed each and every day by his children and grandchildren.

On behalf of all people, like me, who have lost a loved one to lung cancer, I am asking you to continue to invest in lifesaving research at the National Institutes of Health. This important funding must be sustained in order to defeat lung cancer.