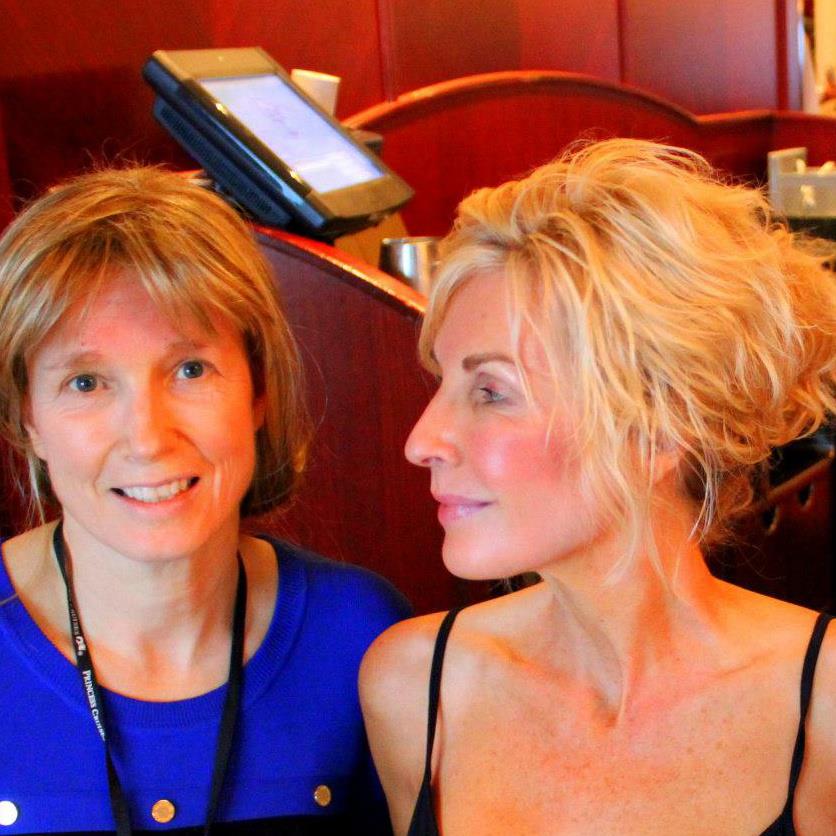 I am a Nurse Practitioner and have worked for 21 years - certified in Family Practice Medicine in the state of Iowa. I saw many, many patients during this time, and diagnosed and treated many lung infections, emphysema, COPD, and lung cancer cases. I tried to educate patients, detect, and prevent lung disease as early as possible.

In 2011, my sister, Sharon, called me numerous times from her home in Oak Ridge, Tennessee, with complaints of shortness of breath, left chest pain, and fatigue with exercise. She had gone to the ER with left chest pain, ankle edema, and shortness of breath. Sharon had never smoked, was living a very healthy lifestyle with daily exercise. She was a professor at University of Tennessee, and was the Director of Laboratory Health Sciences. The ER in January, 2011, told her she had pleurisy, and gave her anti-inflammatories. (I ordered the Chest X Ray after her diagnosis, and found that her X Ray showed left sided significant pleural effusion).

In early June 2011, she and her family went on a trip to London and Paris, and Sharon was frustrated because she couldn't climb the 387 steps of Notre Dame. She called me upon returning to the US, she told me she was driving to Iowa so I could tell her what was wrong. I ordered a CXR and CT scan of her chest and told her to come to my medical office afterwards. Before she got to my office, the radiologist called me, and told me that she had advanced lung cancer.

Sharon was officially diagnosed with Stage IV non-small cell adenocarcinoma lung cancer on June 8, 2011. She did not even have one single risk factor. Her only symptom was shortness of breath and occasional left chest pain with exercise. On September 15, 2011, Sharon started on Xalkori, that targets the ALK mutation for lung cancer. Initially it was a research drug and she went to research sites to get it, and then it was prescribed to her.

On November 16, 2012 Sharon had CT scans of her chest and brain. The chest CT showed reduction of lung cancer. However, the brain scan was not so positive - brain tumors were found. Xalkori quit working in January 2013 and Sharon was selected for a Novartis clinical trial for the drug LDK378, which was started in March 2013. Sharon received Gamma Knife radiation for the brain cancer lesions on May 9, 2013, and the last time in October, 2014. Sharon lost her battle to cancer on Tuesday, March 10, 2015 @ 1:07pm, with close family members around her, giving her love. She lived an amazing life and influenced and inspired a lot of people along the way.

Thank you Sharon, we will forever miss your sweet, positive influence and kind, loving presence on this earth.

I want to do all I can to increase funding for research, awareness, and treatment for lung cancer! I work to achieve this goal in my medical practice, and hope to improve this in Washington DC as well, and be an advocate for the State of Iowa.