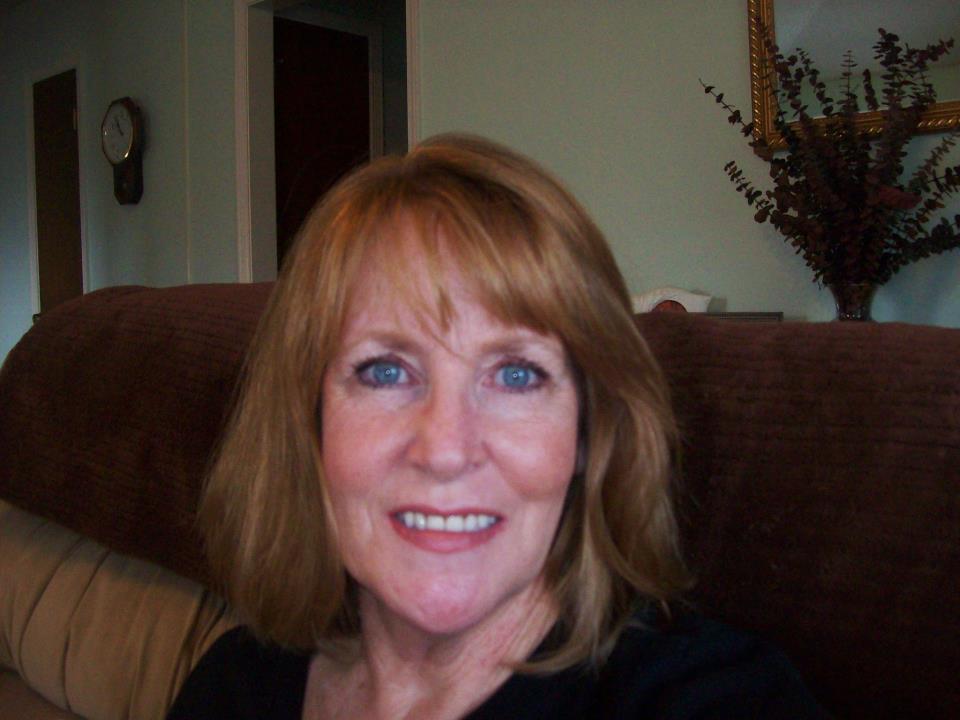 Hi! my name is Sharon. I am a 63 year old female, married with 3 children, 5 grandchildren and 3 (soon to be 4) great-grandchildren. I was diagnosed with stage 4 metastatic adenocarcinoma of the lung on April 27, 2015. I tested positive for the ALK gene and am taking Xalkori 250 mg (a pill form of chemotherapy that targets the ALK gene) 2 times a day. At this point, nearly 3 months in, I have had no real side effects. I am able to work, travel and do all of the things I did before I was diagnosed.

I want everyone to know that Lung cancer is not an automatic death sentence. There are effective treatments out there and new ones becoming available everyday. So please do not lose hope.

Two years ago, I had started becoming short of breath and had a persistent non-productive cough that I couldn't get rid of. My voice became kind of squeaky and I just felt generally tired and run down. I just attributed it to getting older and being out of shape. As the cough persisted and my breathing started becoming more difficult, I went to see my primary care doctor who diagnosed me with asthma/bronchitis and put me on an antibiotic and an inhaler. After a couple of weeks, instead of getting better I was getting worse. Neither the inhaler nor the antibiotic seemed to be working so, I went back to the doctor who changed the antibiotic and gave me a different inhaler and a cough medicine. No chest x-ray or scan was ordered.

Blood work was done at my request. A few more weeks went by and by this time I could barely talk without getting out of breath so, I went back to the doctor who acted like this was all in my head and informed me that he did not feel any further testing was necessary. He gave me some samples of albuterol to go in a nebulizer that I had borrowed from my daughter and told me if that didn't work he would consider referring me to a pulmonologist. The albuterol did nothing and at this point I was barely able to walk from one room to the other without gasping for breath so, I took it upon myself to call a pulmonologist and set up an appointment myself without going through the primary care doctor even though it meant I would pay more since my insurance required a referral. It was the best extra $10.00 I ever spent.

The pulmonologist did a pulmonary function test, 6 minute walk test and a chest X-ray. The X-ray revealed a large pleural effusion of the right lung. I was sent for a thoracentisis where the fluid was drained from my lung and testing on the fluid showed cancer cells. He then ordered a CT scan which showed several tumors on my right lung and I was scheduled to see a thoracic surgeon for a biopsy and pleruodesis (drained and sealed the plerual lining of the lung).

The biopsy revealed stage 4, inoperable, metastatic malignancy that tested positive for the ALK mutation. I was started on an oral targeted therapy drug (Xalkori-crizotinib).

At this point, I am 18 months out of diagnosis and beginning treatment. My cancer is stable with no progression. Prayers, getting in the hands of good doctors and medication are keeping me alive and functioning just as I did before I got sick.

I had my pulmonologist send his reports to the primary care doctor and I also sent him an email letting him know that if he had only ordered a simple chest X-ray on that first visit when I presented with the symptoms I mentioned in the beginning of this post it is a great possibility the cancer could have been caught long before it had advanced to stage 4.

My hope is that all doctors will take the time to listen to their patients - they know their own body better than anyone. And they should not be afraid to order tests even if they may think it is overkill because just maybe, it will save the life of someone's mother/father, wife/husband, daughter/son, sister/brother, grandmother/father, friend or co-worker.

I totally understand that there are so many people who abuse medical professionals but when you have a patient that only comes in for routine checkups or illnesses on rare occasions and never request narcotics etc. maybe the medical professional should take those things into consideration and not treat women especially as if they are being dramatic or everything is in their head.