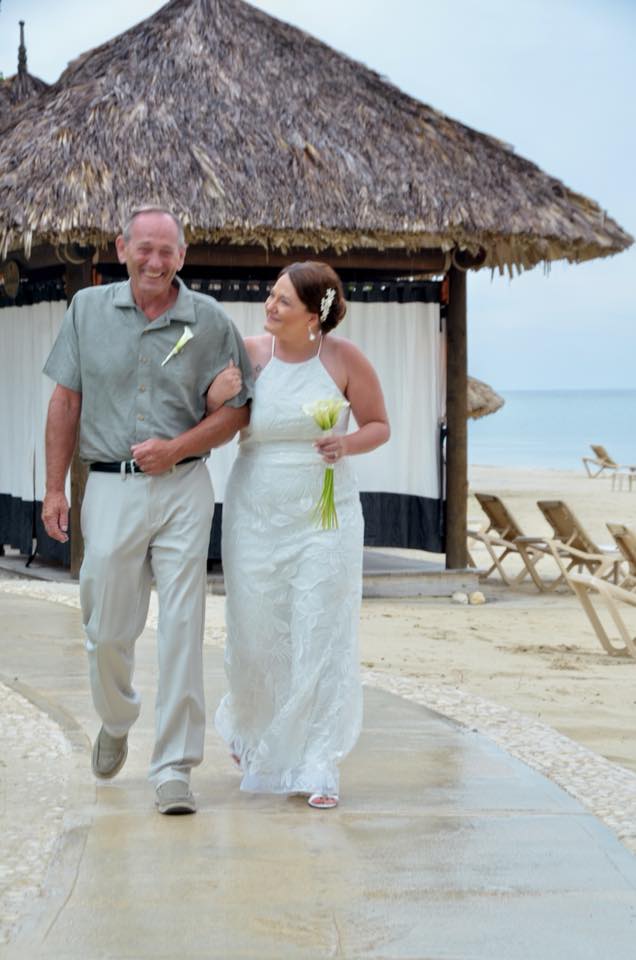 August 13th 2019 is a day that will forever be embedded into my memory.

Three weeks before my first wedding anniversary, I received a phone call from my father. "Are you in a place where you can talk?" was the first thing he said to me. The next words to come out of his mouth was something I truly never expected to hear. He told me he had been admitted to the hospital for testing. The doctors has found a mass in his lung. The millisecond he said the word "mass", I knew it my gut it was cancer. After a couple more days of testing (including a failed lumbar puncture where only one sample of the mass was taken before his lung collapsed) and another few days of waiting for results, they confirmed what I already knew. My get up and go dad had lung cancer. Not only did he have the mass, but when the PET scan results came back, spots all over his bones also lit up.

The following months were very hard. At the end of August, my father started two weeks of radiation. Then one treatment of chemo every three weeks until mid November. In November, we were informed the mass broke apart in his lung and the spots were starting to heal over. Which to be honest, was great news. Doctors said he was in remission and at the time, it felt like we should have been incredibly happy about that. But something inside told me something was still off.

We celebrated his birthday with hugs, kisses and cake. We spent as much time as we could with him. Around Thanksgiving, he started to get weaker and weaker. We chalked it up to the chemo and him not having his strength fully. As the weeks passed, it didn't really get any better. Around Christmas, he got so weak that it started to worry us.

The second week in January, he was rushed to the ER from seizure like episodes. After a week of tests and not really getting any answers, I came home to get some rest one day and after an hour I received a call from my brother asking me to come back up to the hospital per my dads request.

When I walked into the room, he had me sit down on the hospital bed and he told me that the scans came back. Not only had the cancer spread to his brain, but a cluster of tumors has also started to form at the base of his spine. The next day, he was taken into brain surgery to relieve the pressure that the built up fluid was causing. He did end up coming home that following weekend, but he really never recovered. As the rest of January and February progressed, he got weaker and weaker.

We spent those months talking and reminiscing about the last year and half. How he was able to walk me down the aisle in the Jamaica. That my husband and I were able to have that trip with just him and my stepmother. We watched him struggle. Fight. Love. We saw it all.

He watched us complete the Air Climb as a family. As a team. I brought him his own medal and the look of pure joy and being so proud of us meant the world to me.

March 2nd was the last time I saw him. He spent the final days in hospice and when I left that night, he still had his senses. He may not have been able to talk, but he was able to communicate with sounds. I leaned over, he raised his arms up for me to hug him. I told him I loved him and that it was okay to go. That I would be okay again. That our family would be okay and even though it would be hard, we would get through this together.

The following morning, at 7:02 am, I got the call he passed away.

My dad was a smoker for years. He had a heart attack five years ago and was told to quit. He didn't listen. And only recently had stopped smoking prior to his diagnosis. He blamed himself in the beginning and honestly I think he still did a little bit when he passed. But at the end of the day God has a plan for us all. I firmly believe that. Maybe, just maybe, losing my dad to cancer was suppose to bring me to the American Lung Cancer Association. To someone else in whatever way I can.