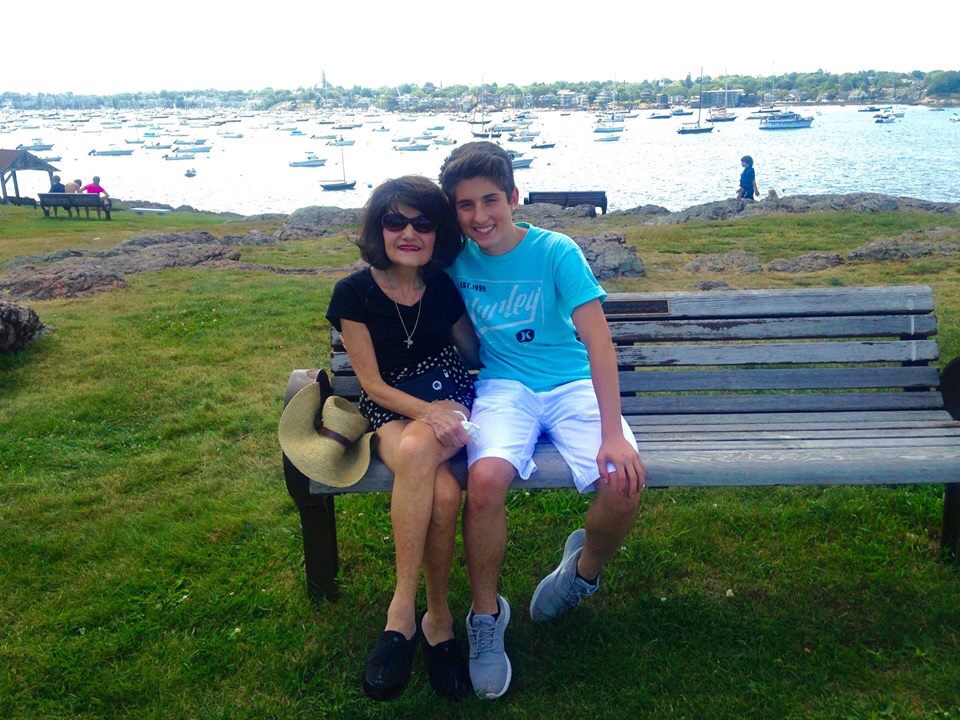 My story had been shared in 2015. I made another two years because of my wonderful Massachusetts General Hospital Oncology Team. I even had a dangerous heart surgery to replace a 90 percent aortic valve stenosis this past September. This surgery was so dangerous because I have just one lung. This cancer journey in these past two years has had many challenges, but the fact that I am still telling the story is the miracle.

I have Stage Four lung cancer that metastasized to the dura of the brain, my skull bone and jaw bone. The medication that worked so well stopped working in November of 2015, making the spreading of tumors aggressive. Thank God after many tests I was found to be a DNA match for a new chemo and I began on Dec. 23, 2015. By March of 2016 the unbearable pain in my skull and jaw ceased and I was able to stop taking morphine. I still am very sensible to the drug and have side effects.

During July, I became very weak and by August I could not eat and was hospitalized for failure to thrive. Then I started to fill up with fluid. I could not breathe because of my heart valve closing. Because they felt the heart surgery was so dangerous for me, I was in MGH for over a month with oncology and cardiology consulting. Coming to the decision I had to take the risk censuses, I could not survive more than two months the way I was.

Well, I prepared myself to say my goodbyes and to ready myself for my Maker. When I woke up in ICU there were no angels; only those who took me through and then loving family. I am very very grateful! So many people were praying for me and I just shout, "To God be the Glory!" The cardiology and oncology team at MGH has been amazing performing this surgery on me with one lung and a betty severe spinal scoliosis.

The road back has been very slow because my immune system is so compromised and I have MRD which means I have multi resistance to drugs. When I went to rehab, I could not walk and physical therapy really helped with the month of October in rehab. November came and I had a bad infection and landed back in the hospital until Thanksgiving, and stayed in rehab until two days before Christmas.

I am hoping to gain strength by March and praying for positive scan and MRI reports in the next few weeks. Every day is a gift to praise God and write to other cancer patients and pray with them. Keeping a positive, joyful spirit filled with God's love brings healing with all the new medical discoveries! In His Love.