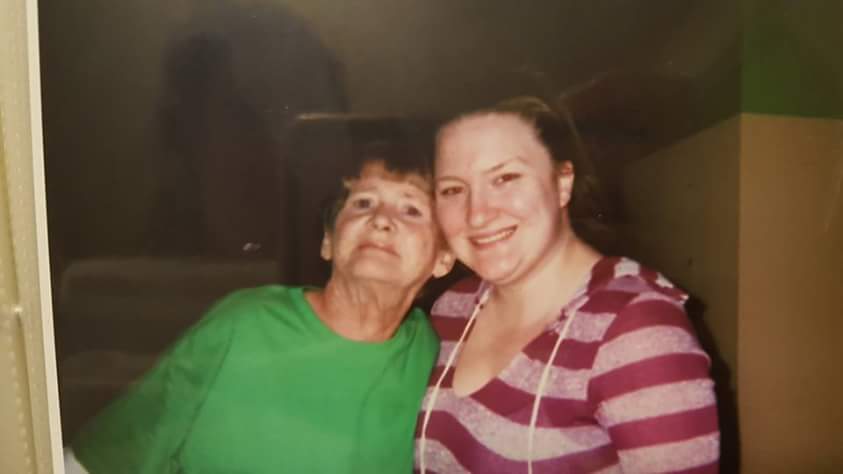 I am writing on behalf of my mother Joanne Schlosser who passed away April 23, 2016 after a five month battle with Stage IV lung cancer. My mom was a smoker; we always knew she had emphysema and had to have follow up appointments. In late November of 2015, my mom had fallen, breaking bones and requiring surgery. While she was in the hospital, they found a mass - and biopsies lead to the hurtful news of lung cancer. Turns out it was Stage IV and had traveled to her brain.

She had the gamma knife which took care of the masses in the brain, and chemotherapy for her lungs. Being told you have about a year to live is scary, but mom fought to the very end. My mom was a frail 84 pounds but with treatment she gained healthy weight back. One moment we thought her tumors were shrinking and things were going well - and then we were told had a paralyzed diaphragm and was basically living off of one lung. Her battle ended on April 23,3016. My mother was a fighter; she was scared but rarely showed it. Please, if something doesn't feel right, get checked, do research and maybe help others. My mom's death has made me open my eyes and want to know everything possible about this nasty cancer.