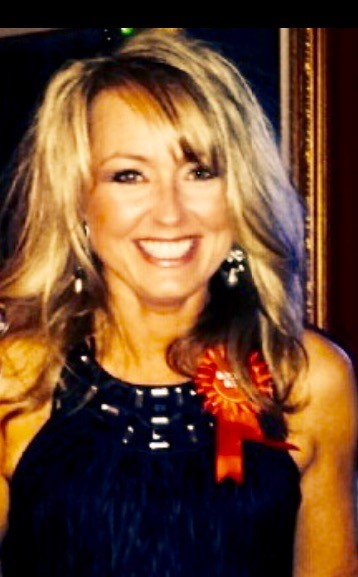 My name is Mistie and I am a 41 year old widow with four amazing children. The two words that we strongly dislike is lung cancer! These words forever changed my life in June of 2008, when the love of my life, my husband, Brett, was diagnosed with stage IV non-small cell lung cancer at the age of 41. Brett was an incredibly hard working, loving husband and father who was at the peak of his life. He was my first love and we loved each other so much but we were young and wanted different things in life, so in the summer of 1991 we broke up. Fate and God brought us back together again 13 years later as our sisters went to their class reunion and I was going through a divorce and he never married, so they exchanged our numbers and a week later we were on our first date again. We fell in love immediately again and were engaged in 6 months and married the following year in 2006. Besides the birth of my children, it was the best day of my life. He immediately fit perfectly into the father role to my amazing 3 children and we were blessed with our daughter a year later. Life was absolutely amazing and happy. We were each other's true loves and we were blessed!

Not even a year and a half after the birth of daughter, our lives changed forever. Brett had been feeling tremendous pain, so we went in for a CT scan and it revealed a large tumor in his upper left lung. They said it looked like cancer. We immediately went a local university, where we had been seeing a doctor we trusted due to him treating a family member in the past. Brett had a wedge resection and they pulled out because the cancer had spread to the lower lung and they felt that chemo would work. We then began chemo in August and only two months later, our oncologist told us that the chemo was causing more damage to Brett than helping him. We decided to concentrate on quality of life rather than quantity.

A year after Brett's diagnosis, we took our kids to Walt Disney World because every parent deserves to see their child at Disney. We created memories on that trip that helps me to this day get through losing Brett. He finally stopped working in May only because he physically couldn't do it anymore and we transformed our office into our bedroom on the main floor. Brett began to deteriorate and require so many medications and was pushing so many liters of oxygen.

It was so hard to watch this super active, hardworking gorgeous man slowly turn frail and it took so much energy to walk across the room that eventually he had to be in a wheelchair because he just didn't have the strength. It was mentally hard on him but he fought and we had hospice here once a week and they were incredible. The final day was so hard and even though we knew it was coming we still weren't ready to say goodbye. As I gave him one last kiss and laid with my husband through the day and evening, then finally holding his hand in mine he took his last breath and went up to Heaven. I laid with my incredible husband Brett for 20 minutes repeating I love you, so I knew those were that last words he heard. Even though I only had 5 years with this incredible man, I was truly blessed by being loved by him. He is why I fight to help bring awareness and money for research so we can help find a cure for this horrible disease and maybe another family's husband and dad can be saved! Thank you for reading my story! Let's fight this fight and bring a cure for lung cancer for Brett!