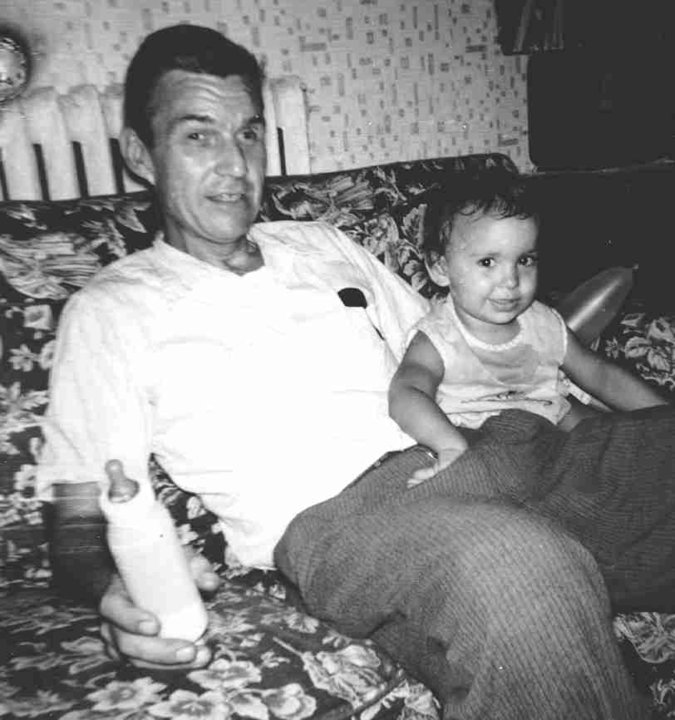 He was referred to a specialist. Second clue.

On January 22 my mom received a call from the doctor and was told he had lung cancer and probably only two months to live. Back then, the spouse could decide to tell or not tell the patient or anyone else. She told no one, including my dad.

He did have one surgery which removed most of a lung. He came home right before his 57th birthday - February 17th. At his birthday dinner, my sister put her newborn baby (2 weeks old) on the table and said "Happy Birthday, Daddy!" No dry eyes there.

Just a few weeks later, he was back in the hospital. Mom could no longer care for him herself and he was soon in a non-responsive state. On the night of March 22, 1971, my dad died. It was two months to the day of the doctor's diagnosis.

I, myself, have never smoked but have asthma which may have been caused by second hand smoke. With my "wonderful" teenage years ahead my mom became a single mother. She never remarried, even though she was only 47 at the time. He was the love of her life. The ying to her yang - very opposite. His quiet to her - well, not quite quiet. I didn't have a father to walk me down the aisle to the love of my life. My children and grandchildren never knew him. My son is the spitting image of him minus the dark eyes - tall and handsome.

All because of his pack to two pack a day smoking habit.