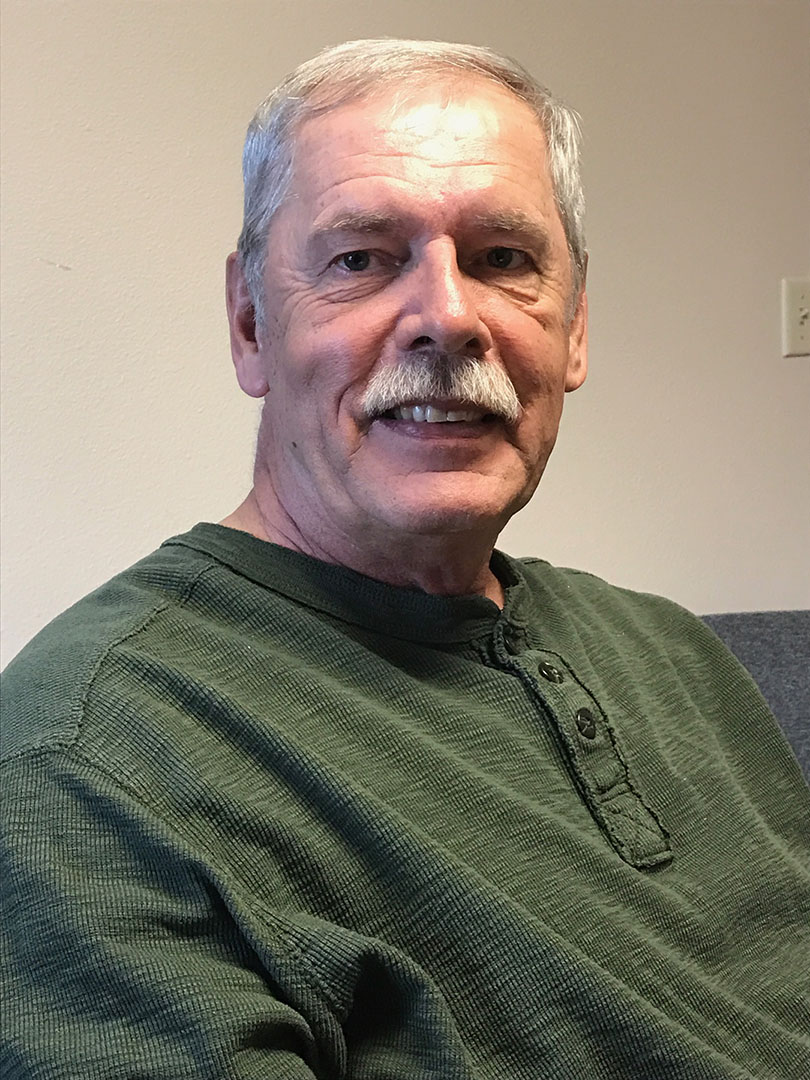 I grew up on a small farm in rural northern North Dakota, graduated from high school and joined the Army. I served my country, received honorable discharge, and returned back to North Dakota. I married my wife, Lana, and together we had a daughter and a son. Still feeling that need to serve, I joined the Army National Guard part time and went into Law Enforcement full time. In 1994, after 23 years, I retired from the National Guard as an E-7. In 2012, with 36 years of experience, I retired from law enforcement as well. During this time our two kids grew up, were married and blessed us with five grandchildren. In January of 2016 Lana and I celebrated our 40th wedding anniversary.

Later that spring on March 11, I went to the Bismarck walk-in clinic with a bad cold and coughing up blood. The doctor ordered a chest X-ray and saw a mass on the top half of my left lung. A lung biopsy was done on March 16, and on March 21 I was diagnosed with adenocarcinoma cancer type 2, and because of the location, stage 3-4. In only ten days a lot can change. When the doctor told me I had cancer, and what doctors I would be seeing, my mind just shut down. Handling difficult situations is what I did every day while serving as a police officer. It's different when it's happening to you. When I got home I went into depression, and didn't want anyone to know I had cancer, not even my brother.

Just a few days after, on March 24, I was suffering joint swelling in both of my hands and went into the ER. Was it something to do with my cancer? Is it more spread than we thought? Was it a blood infection? Too many questions of what was going on. After some tests the doctor told me I had gout, and put me on one pill a day for the rest of my life, or I would continue having problems with joint swelling. That could have been worse.

Finally, on March 30, I met with my oncologist. Nine days between the diagnosis and seeing your doctor seems like forever when you have cancer. The oncologist knew that surgery would be required so he set me up with a surgeon. That appointment was on April 6. The surgeon could see from the PET scan and chest X-ray that the mass was pressed against the aorta, and wrapped around the phrenic nerve (controls diaphragm). He would not be able to operate until the mass was shrunk away from both of them. That meant chemotherapy and radiation therapy. Appointment, tests, more scheduled follow ups; this was a lot to keep track of and I was so grateful that my family was with me.

My port went in then on April 18. I started chemo and radiation treatments at the Bismarck Cancer Center, to continue for the next five weeks. Before treatments, I was walking every other day one and a half to three miles. I knew that this exercise was good for my health, so continued to do it. I was still feeling upset about this illness, but after about three weeks of having my pity party, I decided it was time to get back into life and do what I've done all my life, to get back up and fight for my life.

After five weeks of chemo and radiation, it was more waiting; another four weeks before a second CT scan could be done. On June 16 I met with the surgeon and great news, the mass had shrunk down so he could now operate!

On June 22 I went into surgery and the mass was removed, along with the top half of my left lung. I spent six days in the hospital before they allowed me to go home and continue to heal. Growing up on a farm and being an active outdoors man, I've had some pain in my life, but nothing like this. On the fifth day after surgery, I quit the pain pills and started walking. By keeping to my personal goals, it was only another week before I was walking a mile and a half again, and as I continued to work, that distance got farther and the pace was faster (except on warm muggy days!).

The follow-up appointment with the surgeon was scheduled for Aug. 4. After a chest X-ray and a blood test we met, and he stated the surgery went well and the incision looked good. The appointment with the oncologist was the following day, Aug. 5. He gave us the good news that in all their follow-up scans, I was cancer free. But to be safe, I would be coming in every three months for a chest X-ray or CT scan for the next two to three years. Nov. 7 I had my first three-month check up with the oncologist and I was still cancer clear.

Because of the surgery, I have a 13 inch scar that starts on my left side and continues up to the middle of my shoulder blade. There are two one-inch scars under the main incision from the drainage tubes that had been placed there during surgery and remained there during my week in the hospital, and another two-inch reminder on my right upper chest of where my port used to be.

I thank God, my family, friends, and other people I didn't even know who gave me moral support during my time of peril. This illness has reminded me about the kindness of others, from the nurses, to the technicians, old neighbors and longtime friends. It wasn't just my family who stood together with me on this journey. "A heartfelt thank you to you all." My message moving forward is this: Have faith and be strong! Thank you.