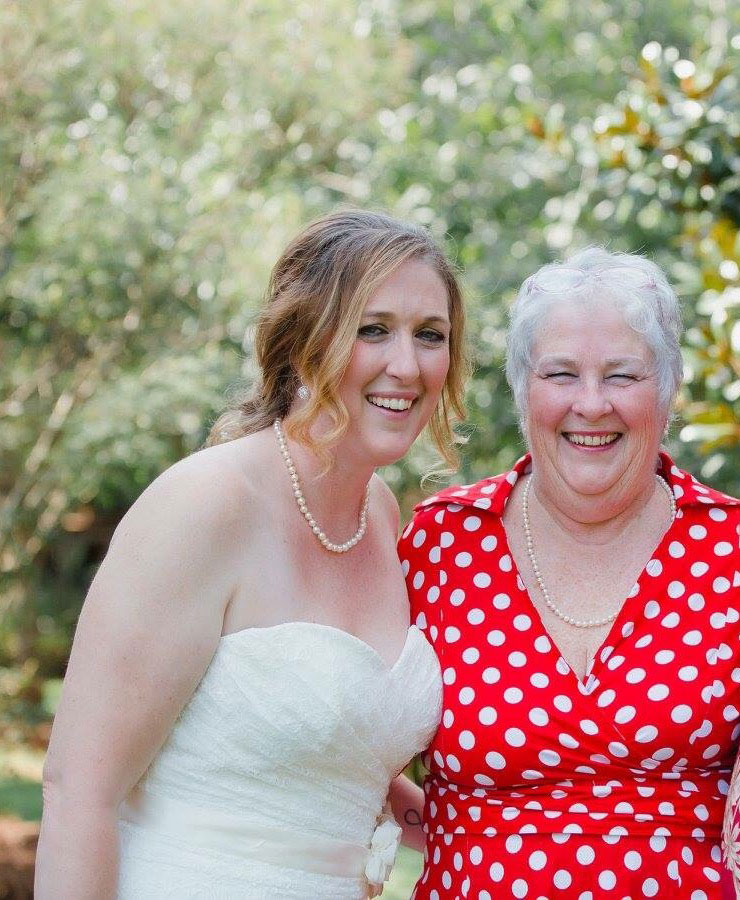 Growing up, Katie's mom was the rock of her family, the one who kept them together when things got tough. So when she was diagnosed with stage 3 lung cancer in August 2015, Katie knew it was her responsibility to step up and help her mother in her battle with cancer.

Having heard such positive things about the care at Cancer Treatment Centers of America (CTCA), Katie quickly stepped in as her mother's advocate and booked her an appointment. CTCA was very detailed, honest and optimistic during Katie's mother's diagnosis and intake, and immediately began chemotherapy. After one round, the doctors removed her lower left lobe. Three months later they found more cancer in her lymph nodes and began another round of chemotherapy and radiation treatment.

Katie's mom completed treatments and was recently blessed with cancer-free scans. Both Katie, her mom, and their doctors, share high hopes of a full recovery.

Throughout treatment, her mother always found reasons to be positive -- Katie was becoming a grandmother and she was determined to become a great-grandmother. Her mother helped Katie plan her wedding and did not miss a single day of work.

In spite of everything, Katie stresses the need for a sense of normalcy in life when dealing with such a heavy burden. Her mom's sense of normalcy was riding her Harley, which allowed her to escape the stress of treatment. Katie advises all those impacted by lung cancer to be diligent in the search for treatment options, to always share your voice throughout treatment and to understand your disease inside and out.