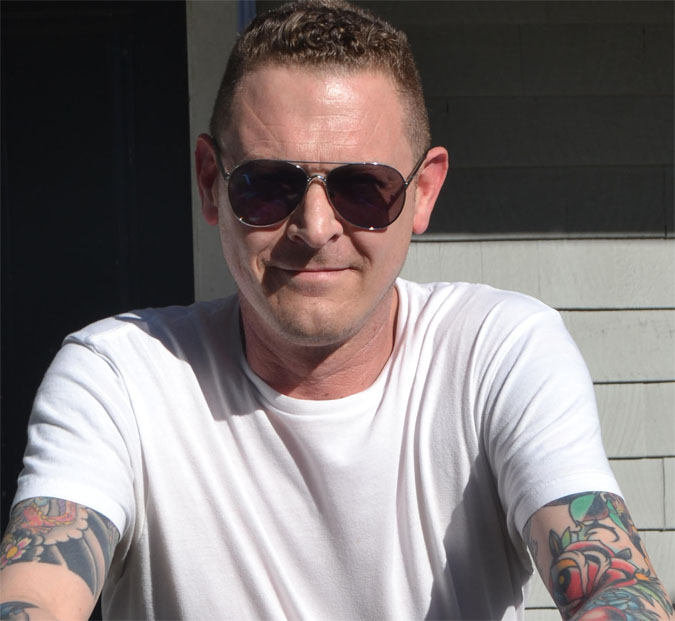 My story, as it were, started when I found blood in the sink while clearing my throat one morning in February of 2014. It alarmed me more because a friend of mine had recently spent several days in a hospital because of pneumonia. If not for that, I probably would have put off seeing a doctor for months longer, but as a single father of three elementary aged kids, I thought to myself that I couldn't afford to spend any time in the hospital. I called the doctor.

An x-ray showed a questionable region in my right lower lobe. I was put on antibiotics to clear what looked like pneumonia. Three weeks later and I had stopped clearing blood. Back at the doctors, feeling fine, I can still remember him tapping his fingers on his desk. "Let's get another x-ray just to be sure you're cleared up,"' he said. I wasn't. Whatever it was, it was still there.

CT scans, pet scans and MRIs would come next. Culminating in the biopsy that eventually confirmed the diagnosis of lung cancer. Being only 46 years old, even my thoracic surgeon was surprised. Surgery was scheduled for two weeks later.

In the meantime, the bleeding came back and pretty quickly I found myself coughing up blood frequently enough that I started to get used to the taste of blood in my throat. I remember thinking that I was as good as dead. I felt awful for my poor kids. We had all just survived the divorce process. Things had finally calmed down and everyone was happy and in a good place. I thought, "Wow, now they have to deal with this."

I told the news to their mother and we agreed to sit down together and tell the news to the kids. I'd like to say I remember it, but I really don't. It was blur. All of it was a blur really. So much emotion going through you while trying to put on a brave face for everyone.

I had surgery on May 12th. Seven and a half hours removing my right lower lobe. I was lucky that it was contained. I was lucky I had such a great surgeon. I can't say enough good things about my hospital. I left the hospital after 4 days. A month later it was decided I should do 4 rounds of chemo therapy just for good measure.

Anyhow, here I am two years later with what doctors refer to as NED: No Evidence of Disease. Still kicking thanks to a great team of doctors and friends. A dear friend who is also a lung cancer survivor told me about LUNG FORCE and here I am.