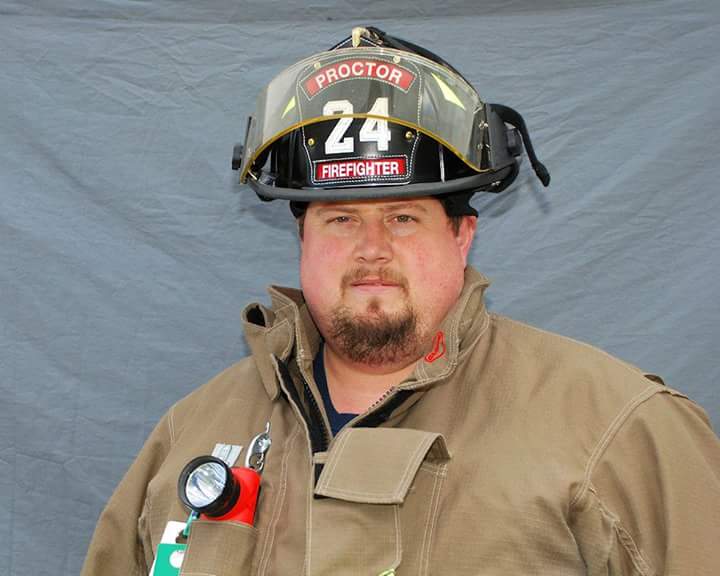 My story begins in the summer of 2009 when I had an appointment with my doctor for a severe cough after eating. My doctor told me I needed to change my diet and lose weight, which I did. My cough became a little bit better but wasn't gone so we decided we may not see an improvement until I'd lost the 100 lbs. I needed to lose.

Now forward to Spring 2015 at my annual physical with my doctor. My blood work showed that I was anemic, which was very odd, considering that I've always been an avid blood donor due to my being an O negative blood type. My doctor was concerned about internal bleeding which could be caused by one of my medications, so she ordered an upper endoscopy and a colonoscopy. The results from both came back normal with no sign of bleeding so I was put on iron and told to increase my iron intake.

In July 2015 I saw my doctor with a lump in my right breast. The doctor ordered an ultrasound with the result being normal and that it was just a fatty tumor. In September 2015 I saw my doctor with severe shortness of breath after my daughter had pneumonia. My doctor listened to my lungs and said she didn't hear any issues with them. To rule out pneumonia they sent me for a chest x-ray. The x-ray showed a "small" abnormality so they prescribed me an antibiotic for pneumonia. After taking the medication I wasn't getting any better but actually worse. I went to Clear Choice MD and they said my pneumonia had gotten worse and they gave me another antibiotic for it. I had my four week follow-up chest x-ray and since I had a regular appointment scheduled three weeks later my doctor had me wait another three weeks to come back and go over my x-ray. At the appointment we discussed that there was still something in my lung so they'd like me to have a chest CT and a lung function test.

I was set up for CT on Friday and a lung function test the following Tuesday and then we would come to the office to go over the results. Friday came and I had my CT scan at 8:30 a.m. and at noon the nurse called and said that the doctor wanted me to come in for an appointment at 3:30 p.m. that afternoon.

My wife and I were panicked that something was wrong so I called my oldest daughter, who also works in the medical field, and had my signed permission to look at my medical records and asked her to try and see if there was anything showing in my files. When she called me back it wasn't with information, she was calling to say that she was leaving work early to go with us to the appointment, thinking it was because we were taking care of her daughter, our granddaughter.

At the appointment the doctor told us that sometimes people who have had pneumonia have to be on inhalers for longer periods of time and that they were going to put in a referral to a pulmonologist. My wife asked for a copy of the report from the CT scan so we could take a closer look at the results and my doctor refused to give them to us. She felt that we would go online and become scared at what we found. So we left there and headed home with the plan of seeing a pulmonologist in the future. When we got home my wife and daughter stayed in the car and talked while I took my granddaughter inside, when they came inside they said my son-in-law was getting pizza and we were having dinner together. My daughter and my wife called my mother, who is a retired nurse, about what the report said. Finally, they told me the reason they had called her and my sister-in-law, was that there was a tumor in my lung and that I had cancer of some form and that waiting to be seen wasn't an option.

We decided not to wait for a referral and my wife called one of the other branches of the office my doctor worked in and said we "forgot" to get a copy of the report and the next morning we headed to a larger more reputable hospital two hours away. We checked into the ER with his cough and not feeling well and spent the day there. Before the day was over they confirmed I had cancer but couldn't tell me what kind, but while I was there I saw two pulmonologists.

On December 1, 2015 I had a bronchoscopy and several biopsies. On December 4, 2015 my new doctor from UVMC called me at 7:30 p.m. to tell me I had Stage 4 non-small cell lung cancer. I had a tumor that filled 90% of my right lung and lesions on my bones throughout my body which is a very slow growing cancer. Luckily, because I was never a smoker, they were able to test for a mutation which thankfully came back with an Alk + gene mutation. At my first appointment with my oncologist they started me on an oral chemo. I took this for three months and then had a follow-up chest CT to see if the cancer was responding to the medication.

The medication had stopped the growth but the tumor wasn't shrinking at all, so the decision was made to start a new oral chemo that had only just been approved in January 2016. I started the medication in April 2016 and it's now December 2017 and the oral chemo has shrunk the tumor from 90% of my right lung down to just the base of my right lung, and the lesions on my bones are showing healing and no new lesions and I receive an injection monthly. My blood work has been normal now since June 2016 which is also very good.

I am very thankful for this oral chemo and the doctors at UVMC.