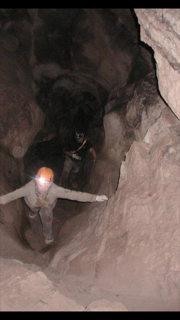 My name is Heather, I am 43 years old and I am a lung cancer survivor. I am an avid runner, I love to mountain bike, kayak, and did I mention that I am a non-smoker? That's right a non-smoker. Until my cancer diagnosis I had always considered myself a healthy person. In 2014, I began to develop symptoms that, at the time, I just chalked up to being in my 40's. I thought it's really true what they say it all goes downhill from here. Luckily I realized later that 40 is the new 30.

Looking back, I had many symptoms that were cancer related, but I thought most of it was in my head. I felt like I had the flu all of the time and I had a consistent dry cough. I would also have to cut my bike rides and runs down because of shortness of breath. So, in October of 2015, both my husband and I went in for routine checkups. I explained to my new doctor, Dr. Ryan, that I just didn't feel like myself and that I was experiencing some shortness of breath, nausea and fatigue. He said, maybe it's allergies and prescribed some allergy medication. However, to be safe he ordered a chest x-ray, a chest x-ray that would ultimately save my life.

I will never forget receiving a call from him while I was at work. I had never received a call from a doctor at work before. Did I forget to pay my bill? He told me that they had found something in my lung, but not to worry too much, it could be anything. Because of this I would need to come in for more tests. Luckily I have never been a worrier, because my Mother usually worries enough for all of us. I made the decision to not tell my husband or other family members until I knew something concrete. You see, my husband's mother had just passed away from breast cancer and his father had just been diagnosed with prostate cancer. What if this was just an infection or a benign tumor I told myself? The following months were filled with various doctor's appointments, chest CTs, PET scans, more chest x-rays and finally the news that I needed to have a biopsy to determine if it was cancerous. That was in December of 2015, not exactly what I had asked for, for Christmas.

I remember sitting in the recovery room and asking my husband what the doctor had told them. My mother and he just looked at me and said it is cancer. I said ok, and very nonchalantly started getting dressed. So, then came the daunting task of telling all of my friends, my family and my daughter that I had cancer. That is one thing they do not tell you about cancer, how to give someone that news. They cried, I listened and said it would be ok. I never cried in front of them, but one day I went down into the basement at work and broke down. I did not know the prognosis at that time, so I had no idea what stage it was. I had so many questions and not enough answers. Would my daughter have to plan her wedding without me; would my husband be a widower? So, I did what any person would do, given the circumstances and went on vacation. I spent New Year's Eve in Canada with my brother who lived in Michigan at the time and my Mom. I went skiing at one of the most beautiful ski resorts I had ever been to in Michigan and had the time of my life.

Two weeks later I was back home. We were in a new doctor's office and he was telling me that I had stage one lung cancer. I would need to have part of my left lung removed and that the surgery needed to be performed as soon as possible. They had found a tumor the size of a quarter and it was attached to my windpipe, well that would explain the shortness of breath. There were also other cells that they would remove during the surgery to see if I would need radiation. Then he said, how does 2 days from now sound and you will be out of work for at least a month? I looked at my husband and just started thinking about all of the work I had to do at my job and the unfinished laundry sitting at home. I said that, that wasn't good for me and next week would be better so I could tie up loose ends at work and at home. I didn't even have a living will! I mean, the nerve, silly I know. Of course me being the 'glass half full' kind of person and not knowing what to expect I told all of my co-workers that they would scoop this tumor out and I would be back in a couple of weeks.

The Saturday before my surgery my husband asked what I wanted to do and I decided that I wanted to get some of our friends together and go on a mountain bike ride. This ride would aptly be named the 'farewell to lefty' ride. Lefty is a nickname that has stuck to this day.

It has been a long recovery, I had to learn to breathe again. The laps around my very small living room, turned into walks around the block and then short hikes at the local park. Finally I was back on my bike. It has not always been easy, I still get out of breath walking upstairs, wait a minute, that is really no different than before my surgery. Today, it has been almost 2 years that I have been cancer free. It is unlikely that it will return, because it was small cell sarcoma. However, I know that there is an always a possibility. In April of last year I traveled to Ireland with my daughter for her college graduation present and in June of 2017 I will be attempting my first Triathlon in Chattanooga, raising money for LUNG FORCE in Chattanooga! Life is good!

I still ride my bike, run and enjoy everyday life. I may not be the fastest person out on the trails, but every time I get on my bike or step outside to run, I close my eyes, take a deep breath and thank God that I am alive. Because, I know how lucky I am that I survived. Lung cancer is the number one cancer killer of men and women in the United States. Every 5 minutes a woman learns that she has lung cancer. Unfortunately in our society there is a stigma attached to a lung cancer diagnosis. I'll admit, before my diagnosis I also thought that you had to be a smoker to get lung cancer and that it was one cancer that could be prevented.

The mortality rate of an individual diagnosed with lung cancer is very high. Typically when a person is diagnosed, they are in the final stages. Join me in helping to erase the stigma of lung cancer, to increase lung cancer awareness and to advocate for funding for research. There is hope in research. Please donate today to help end this disease. I pledge to you that I will do my part, because I was given a second chance at life.