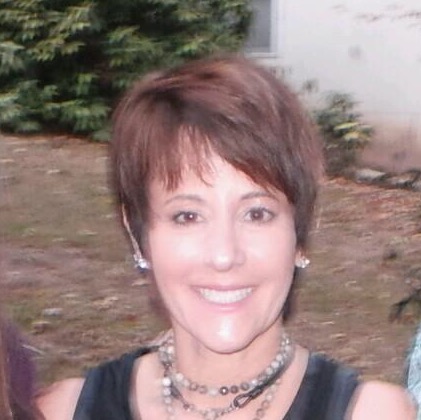 "Ok, it's my turn." That's what ran through my head the moment the doctor gently told me its most likely lung cancer. "Why me" never crossed my mind because in fairness I know so many people who've had cancer.

Fifteen months ago I believed I was in picture-perfect health when handed lung cancer. My internist does a chest X-ray every year at my annual physical. Does yours? This one happened to save my life.

Here's my story. On September 9, 2015 I was 54 years old and a successful but stressed Account Manager selling technology to Coca-Cola and The Home Depot. I'm also a wife and mom of three girls, and that day I walked into my annual physical while on a conference call. I walked out going straight for a CT scan. My internist saw something on my chest X-ray, pulled up my 2014 X-ray to compare and told me she was SUSPICIOUS. She wrote the CT scan order and told me where to go.

Believing I was in picture perfect health, I thought this was silly. But two hours later she called me and life as I knew it stopped. She said there was a mass in my lung and I needed to see a pulmonologist right away. So on 9/11 an Atlanta pulmonologist explained this mass was probably lung cancer and said it needed to be removed within 2 weeks.

I had a bronchoscope and then on 9/24 I had one-half of my left lung removed along with nine lymph nodes. One node tested positive for a very rare non-smokers lung cancer called an atypical neuronendocrine carcinoid of the lung. I took 30 days to recover and then had port surgery and started chemo on 10/30. My treatment was 3 consecutive days, followed 3 days later with a Neulasta shot every 3 weeks. I lost my hair, wore a wig and hosted 45 people for Thanksgiving.

My last chemo treatment was on New Year's Eve. I was shaking when I rang the cow bell that day at The Winship Cancer Institute surrounded by family and friends. There was really no better way to say so long to 2015 and start 2016 clean!

I had CT scans in Jan, April and July of this year and all scans look clean. Those are the facts. My husband put his business on hold and never once left my side. We have a love story stronger than anything you could imagine. My daughters were my strength too and picked me up when I was down and made me laugh if I cried. I learned a lot from them. My best friends became my family and they all rallied together to manage my life. My Winship doctors were a compassionate team, always responsive on a moment's notice. My job turned into long term disability due to long term effects from chemo. I wanted to scream to the world that my internist saved my life during an annual routine physical. In April I had genetic testing with results showing genetics had nothing to do with my cancer.

By the end of the summer I wanted to thank all my Winship doctors for their help and chose to do this by running in the Winship 5K. Wanting to raise money and awareness I formed a team of about 60 to run with me. I asked a good friend who also has non-smokers lung cancer to co-captain it with me. She and I were tennis partners back in late 2000 and she was diagnosed two years before me. We called our team "Lungs 'N Roses" and its become a platform to promote lung cancer screening. The rose represents hope and new beginnings and the thorns are our defense to cancer. My oncologist said my lung cancer was caused by a cosmic ray colliding with a gene. It just happened. Serendipity. My past is really a fog, the present's a dream come true and the future has never looked rosier!