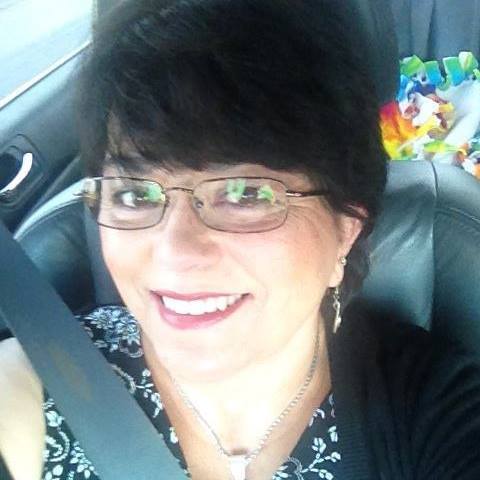 In January, 2011, I acquired an unnatural cough. It sounded like a bull moose making his bellow through a pinched balloon. It got my attention so I went to the doctor four times in four months. My doctor was placid and told me again and again it was allergies. On the fourth visit to my doctor, in April 2011 I refused to be dismissed so I asked him to consider what other many, various and unusual things could be causing my cough, as it is a line I use when I want my students to engage their brains. He ordered an X-Ray, and the rest is history. I wish country doctors could become more aware of lung cancer.

When my husband and I went back to get the results, the doctor told me to get my affairs in order because I had lung cancer and it was a killer. My husband and I squeezed our hands together so hard we probably bruised each other. I gathered my courage and told him I preferred to see a lung cancer specialist before I accepted my fate. He did his homework and referred me. We have three grown sons; they all began researching online for signs of hope with my diagnosis. They sent me a wealth of information and led me to the Inspire online group.

At my reference, I learned a tumor was wrapped around my bronchus, pulmonary artery, and over my heart. As it turns out, the tumor location was responsible for my scary cough, and it, no doubt, saved my life. It took several weeks for the tumor board to come to consensus about the best course of action. Knowing I had cancer and waiting for a treatment plan was almost unbearable. I finally began treatment at the end of May with two six-day rounds of cisplatin and etoposide (with a break between rounds) concurrently with radiation. Then they sent me home to recover for surgery.

On July 22, 2011, after verifying my lymph nodes were clean, my surgeon proceeded with the left lung removal. Afterwards, I learned the tumor was grade 4, undifferentiated, Giant Cell, T2a N1Mx, EGFR positive. According to my research, giant-cell carcinoma of the lung is usually rapidly fatal and nearly all of the published cases have been described on the basis of postmortem findings. I have read that the five-year survival rate for giant cell cancer is about .5%. I have been an active participant on several lung cancer survivor sites, and I have only met one other woman who has survived this diagnosis beyond five years.

Beginning October, 2011, I received three rounds of cisplatin and chemo. I recovered and went back to teaching in January 2012. I continued to have checkups every three months after treatment.

I progressed to metastatic lung cancer in November when metastases in my brain began giving me symptoms. From November until March I had two life flights for two brain surgeries and three gamma knife sessions to clear the mets in my brain. Since then I have been free of detectable cancer. Although my doctor doesn't promise it won't come back; he says we will fight it fair and square if it does return. I am very grateful for my doctors because I believe if I hadn't been guided to my reference, I wouldn't be alive.

Having lung cancer with brain mets has changed my life. I prepared myself to die, and then I didn't. The fatigue and anxiety of cancer and my treatments made it impossible for me to work, so I am now unemployed. Traveling 14 hours roundtrip from our home to my cancer center in another state was too taxing, so I had to relocate to get proper care. Once I realized I didn't die from the tumors in my brain, I had a hypo-manic episode. How's that for icing on the cake?

Now I need to figure out what my place in this world is, post cancer. For a start, I advocate for lung cancer survivors to receive brain MRI's at least once a year for three years. I support anyone who is suffering from cancer or mental health issues. I also want to raise awareness and help end the stigma of lung cancer back home in the Mountain Pacific. Shame and stigma are big here. The Northern Arapahos with whom I have lived and worked for 25 years were taught to smoke tobacco while praying at sunrise, because the smoke carries prayers to the Creator. I want to end stigma for them, too.