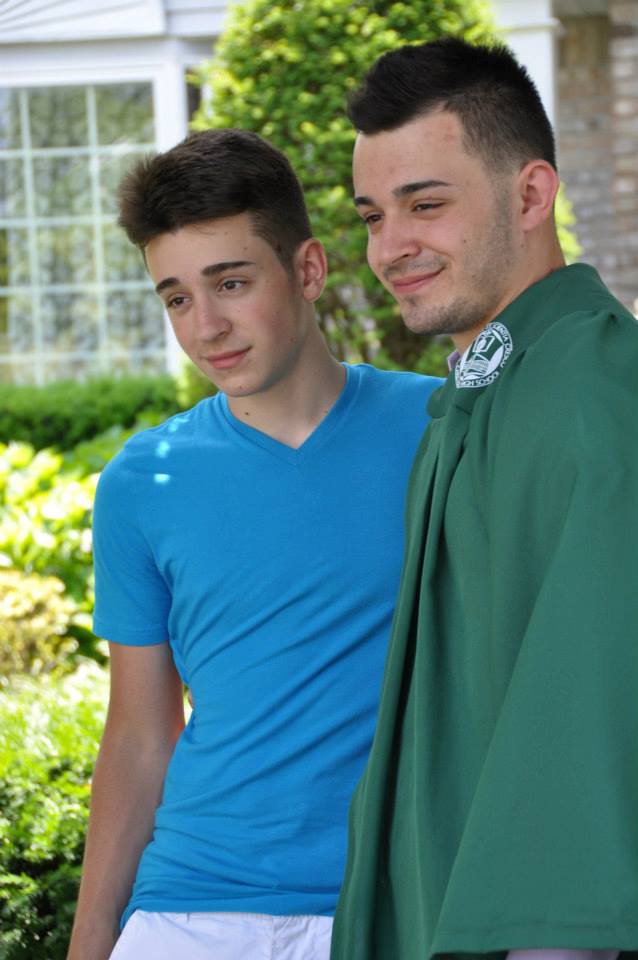 I am a 46 year old woman and, because of cigarettes, I am now a widow. My husband passed away in October 2012. He left behind two teenage sons.

My husband's name was Louie and he died of small cell lung cancer at the age of 47. Our horror story began a year before in November of 2011, when we received the awful diagnosis that the pain in his chest was from a tumor in his lung. The tumor was diagnosed as small cell lung cancer, which I soon found out was a smoker's lung cancer. Yes, Louie smoked...he tried to quit several times over the years but he was addicted the same way that an alcoholic needs a drink or a heroin junkie needs his fix.

Louie was a talented landscape designer/builder who worked on some of the most beautiful homes on Long Island. He had a wait list of people who wanted him to design their property. Life was good for us, we had so many plans for a future and were talking about opening a nursery and expanding the business. He was an incredible father, our sons are devastated. They admired everything about him, they enjoyed each other's company and spent time fishing, hunting and he was even teaching them his business.

Cigarettes ended our life as a family. Louie thought that there was time to quit, he had been saying "It's time, I know I can't smoke any longer." I think 50 was the magic number for him...if he quit before 50, he would be okay.

Three months after a good scan, the cancer returned to the bone. As bad as it had been, it got much worse. Constant pain, endless amounts of drugs to try and control that pain. My husband was slowly tortured by this cancer. He was taken from us on Oct. 8, 2012 and there was nothing peaceful about it. He died at our home with me and the boys by his side...he was not ready to go.

The cigarettes decided that he had lived long enough, that we would have to make our way without him. Our lives are so different now, financial stress, and loneliness are new members of the family. HEAR THIS YOU ARE NOT TOO YOUNG TO GET LUNG CANCER!