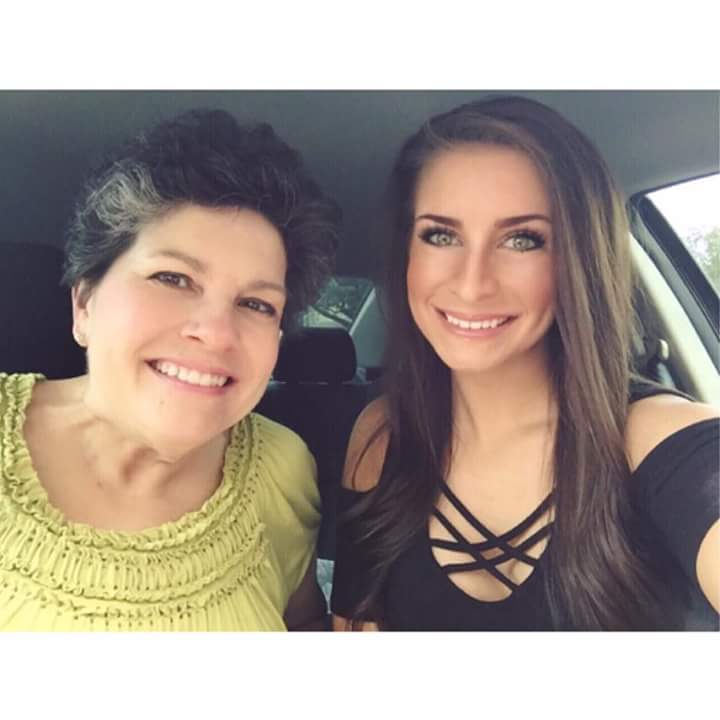 My name is Denise. When I was 53 years old, I was diagnosed with stage 4 lung cancer of the right lung. It was November 7, 2014. I had a malignant pleural effusion (MPE) that was found after months of symptoms and doctors appointments. The fluid contained malignant cells -- non-small cell adenocarcinoma.

Several months later, I found out I had the ALK mutation, which made me a candidate for TKIs. Other imaging showed no metastasis to the brain, bone or other organs. I started with chemo and then maintenance chemo. I switched chemos after two treatments because of ringing in my ears. I had three or four thorcenteses until the fluid became loculated. I had radiation to the lower pleural lining in my right lung to try and smooth out the nodularity. This would make a future pleurodesis more successful, but due to the fluid being loculated (in pockets), a pleurodesis was not able to be done.

At the end of 2015, I developed radiation pneumonitis. At this time, I found out I had the ALK mutation. I started an ALK inhibitor in January 2016. I had terrible vertigo, my blood pressure and pulse continued to drop. As a result, I passed out a few times and had some falls. By March, I was in acute heart failure. I spent about a week in the hospital, then rehab for six weeks. A diuretic pulled off 50 pounds of fluid from my body. I also have hypertrophic cardiomyopathy, so that works against the lung cancer and treatments.

After rehab, I tried another ALK inhibitor. I was still pretty weak and unsteady. I got a stubborn pneumonia that took two different antibiotics and a few weeks in the hospital to kick. I felt the end was near, so I made the decision to go in to hospice care. The treatments were literally killing me! In rehab, I developed a right frozen shoulder.

I had no quality of life. I just wanted to go home and spend time with my daughter. My daughter, who is now 25, withdrew from college and quit her full-time job to move back home with me. She gave up everything, which made me feel so guilty. I don't know what I would do without her! It's just the two of us. We cannot count on our family at all for help.

I started in hospice in July of 2016. The care was great. An aide came three times a week to help me with my showers. A nurse came 1-2 days a week to check my vitals and medications. They even had physical therapy come out to work on my shoulder. By January 2017, I was getting stronger, but my shoulder was not improving much. I decided to go have acupuncture on the shoulder. I figured, why not? I didn't feel at death's door any more. I cannot explain it, but acupuncture just woke up my body. I went about every two weeks and my overall well-being improved.

By April, I felt well enough to fly to Washington, D.C. with my daughter to attend the 2017 LUNGevity National HOPE Summit. It was a game-changer of a weekend! I asked to be released from hospice when we returned from D.C. I was re-imaged and after not having any treatments for over a year, there were no metastases in the brain, bones, or other organs! I am driving again and have my independence back! I continue to get acupuncture every two weeks. I have been eating a plant-based diet and have added some supplements to my routine. I have joined a gym to help build more strength and endurance. My last chest CT from late August showed small progression in the right upper lung. I am now waiting on financial assistance approval so I can begin alectinib.

All I can say is: IT AIN'T OVER 'TIL IT'S OVER! Never give up. I wake up each morning to another great day. I am not taking this second chance for granted. I am advocating for lung cancer awareness and research by taking part in #LCROCKS with LUNGevity. I have contacted a local Austin news anchor to do an interview for Lung Cancer Awareness month in November. I also plan to contact my cancer team and push for recognition of Lung Cancer Survivors this November.

If I can reach one person and educate them about lung cancer, then this rocky road will have meaning for me and my daughter.