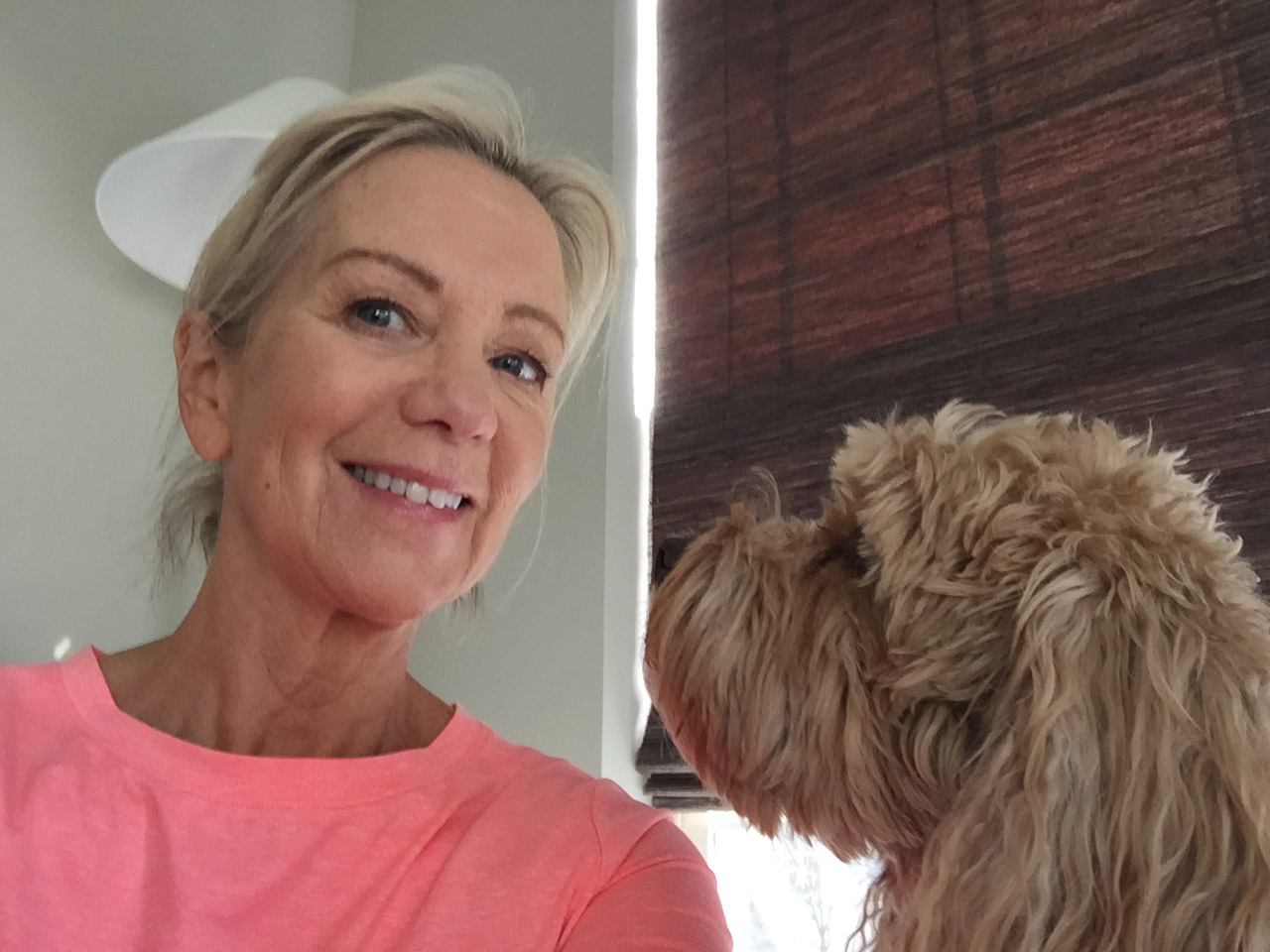 I thought of myself as living a healthy lifestyle. I regularly exercised and ate healthy. I’m here because of early detection.

In January I had flu-like symptoms and went to my PCP. She prescribed antibiotics for a sinus infection. I finished the antibiotic in 10 days and returned for my annual check-up still feeling fatigued and not fully over the flu. My PCP said to be patient, as sometimes it takes a little longer than 10 days to feel better. I had another problem with my right mid back muscle that had been aching for 3 months. I didn’t think too much about it because I assumed I pulled a muscle playing tennis and possible kept reinjuring it.

My PCP sent me for a chest x-ray. She said everything was o.k. on the right side, but on the left side there was a nodule. I went for a CT scan and was then referred to a thoracic surgeon for a consult. He thought it was probably inflamed from an old infection, but because of my family history of cancer he ordered a PET scan. I then had a bronchoscopy and biopsy. The pulmonologist said everything he swiped looked negative and he didn’t think I had cancer. So, I went about my life and continued working, playing tennis and exercising.

Five days later the results came in and the thoracic surgeon called to let me know it was cancer. I was devastated. How could this be? I had no symptoms! It turned out to be Stage 1B lung cancer. I realize now that I was one of the lucky ones because I could have surgery to remove it. The surgeon’s plan was to do robotic surgery, take 1/3 of the lung and go after another tiny nodule further down on the lower left lobe. I went for a 2nd opinion. This surgeon said she would take ½ of the lung and leave the small area on the lower left lobe alone. Now I had 2 different opinions creating more stress. I knew very little about lung cancer so I was reading a lot to educate myself. I decided to go with the first surgeon and I’m so glad I did.

I had the surgery March 22 and 1/3 of my upper left lobe was removed. I also had a tiny spot on the left lower lobe and a wedge resection was done. The worry was that if this were the same cancer that spread my course of treatment would be different. They said I would lose about 2% lung volume (it turned out to be adenocarcinoma in situ or Stage 0). Because the cancer was diagnosed early – stage 1b, and no lymph nodes were involved; I would not need chemotherapy or radiation treatment. If I didn’t have the pain in my back, I wouldn’t have had the x-ray. I’m due to see the surgeon for a post-hospital follow-up visit next week. I would encourage anyone 50 and over with a family history of cancer and with or without a history of smoking to get an annual chest x-ray. I’ve learned that lung cancer is the number 1 killer of all cancers yet it is the least funded. Over the past 40 years lung cancer has gone down by 35% for men but for women it has gone up 87%...alarming! I plan on becoming involved with Lung Force and fundraise to support patients and research. I think people are unaware just like I was unaware. If you have lungs…you’re at risk!