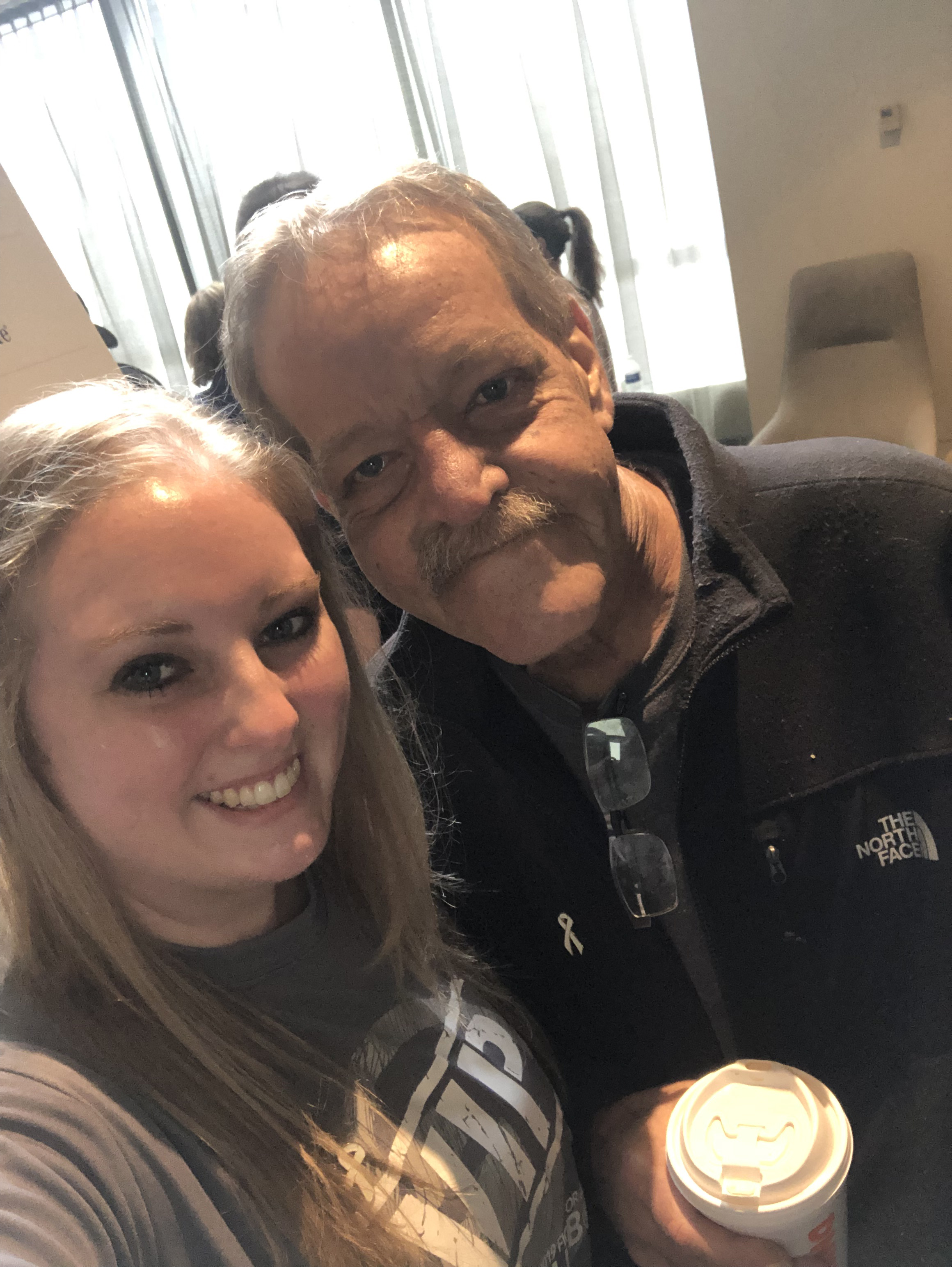 December 2018 my entire world fell apart. I sat with my father as he was told that he had a tumor in his lung and it was most likely malignant and cancerous. In fact his first oncologist told us, "If you do treatment you will have one to two years at best." Anger, fear, denial, guilt, and sadness were the emotions that immediately took over.

My father has been my entire world, he has been my biggest supporter and cheerleader my entire life. As an only child and only daughter I have been the center of his whole world and he has always taken care of me and now the roles were about to be reversed. In the beginning there were so many doctors appointments, biopsies and a ton of medical jargon that was difficult to understand at times. My dad had gone 58 years without having a surgery and now he was about to undergo two as the doctors were trying to piece together what was going on.

He had a biopsy of his lung, and had his left tonsil removed. For almost two months the oncologists were trying to figure out exactly what cancer he was battling. Once all the biopsies returned and the doctors had all of the information they needed he was diagnosed with Stage VI non-small cell adenocarcinoma. What did that mean now? Initially they thought radiation and chemo would be effective, however by the time the cancer was identified it had spread to his liver. He was no longer a candidate for radiation.

At this point as his caregiver all I could see was defeat on his face, as he struggled to complete daily tasks and live as "normal" of a life as he could he did all of this while having difficulty breathing as his tumor continued to grow and began pressing on his windpipe and altering his voice. The doctors took note of this and agreed to palliative radiation for 10 days followed immediately by chemotherapy (alimpta, carboplatin, keytruda) every three weeks.

In addition to battling cancer his arthritis made it difficult for him to walk up and down stairs. As soon as he started chemo he also broke out in the worst case of shingles his doctors had seen. Helplessness was a new feeling for me, as his caretaker there was literally nothing I could do to help make him feel better or help this situation, and all I wanted to do was carry his diagnosis for him. He struggled for the first month of treatment, and then things slowly started getting better. His shingles went away, his breathing started getting better and his white blood cell count stayed fairly stable.

We sat every three weeks and played cards (he beat me every time) and had a lunch date after his treatment. If you ask him what kept him going he would tell you his daughter, and to be honest I owe everything to him. Watching him go through his treatments and being poked and prodded has given me an entirely different outlook on life. He has since dropped off the chemotherapy and his scans have come back much better than anyone expected. He has had several oncologists and each one tells him they are shocked at how well his treatment is working for him. He will continue to receive keytruda every three weeks and be closely monitored and I am thankful for every single day that I am able to spend with him.