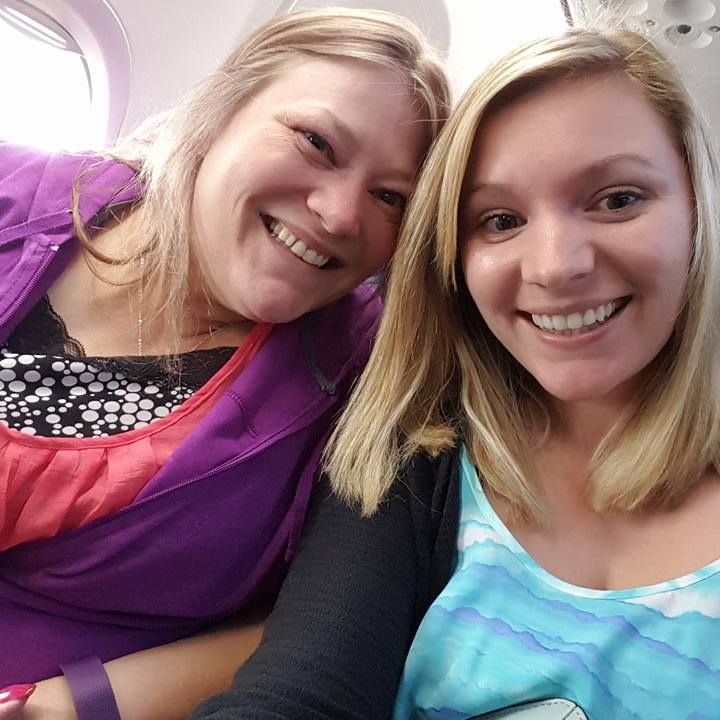 In August of 2016 my mom developed a cough that eventually caused her to go meet with her doctor. She was told that she had bronchitis, was given medication and sent home to rest. When her cough persisted she went back to her doctor and was then sent to the ER for an x-ray of her lungs. My mom was told that she had pneumonia in both lungs, given high dose steroids and sent home to rest. Towards the end of December early January she was placed on oxygen due to her levels being dangerously low. She was then scheduled to have a lung biopsy in March to figure out what she actually had since it was not pneumonia or bronchitis.

In early March she was hospitalized and told she could potentially need a lung transplant. After having the lung biopsy they told her it could be a lung disease, a pulmonary embolism, lung cancer; the list went on and on. She was transported to Aurora St. Lukes Medical Center in Milwaukee and placed in the ICU. Her lung had collapsed and the combination of her lungs trying to work with the oxygen it was causing strain on her heart and creating a sense of panic in all of us. The doctors informed us that she would need to be placed on a venitlator and sedated due to the fact that she was constantly emotional and having panic attacks.

To relieve some of the stress from her heart the doctors placed her on an ECMO machine which would take the blood from the body, warm it and pump the oxyganated blood back into the body. She was on this machine for almost a month, the risk of an infection developing or other complications arising became greater with each passing day. At one point a doctor described my moms chances of survival to a "Hail Mary" in football. This statement, of course, scared everyone and made the thought of her not surviving almost inevitable. Yet we pressed on, willing to take any course of action to change the situation, any risk necessary to keep her with us longer.

With her needing a lung transplant there were requirements that needed to be met. Her doctors reached out to sites all over the country, some as far as Pennsylvania, all of them stated that she would have to be off the ECMO and if not off the ECMO at the very least be able to sit up in bed and be trying to walk around. This seemed like an impossible feat to reach consider that even the slightest shift that were made would cause her oxygen levels plummet and her heart rate would increase. In a last ditch effort they decided to perform a tracheostomy in order to help ween her off of the ECMO and help her chances of receivng a lung transplant.

Unfortunately, on April 20, 2017 at 8:17 p.m., my mama passed away peacefully surrounded by her family. There was nothing else that could be done to help my mom and she was taken off of life support, it did not take long for her to pass away because her lungs could no longer sustain her. The one peace we had was that she did not feel any pain and she was no longer suffering.

Wendy Leonard was the best woman that God could have chosen to be my mother. She was a fun-loving person with a heart of gold, always willing to help others and everyone loved her. Our family thinks of her often and wishes with all of our hearts that she could still be here with us. She would have been 48 years old, much too young, so much life to live. One of the things she told me when she was being interviewed for the lung transplant process was that the man on the other end of the phone asked her, "What do you live for?" My mom's response was, "I live for my family, I want to see my kids grow up and have families of their own, I am not done living, my story is still being written."

We walk for you mama; your "BAD CREW" walks for you!