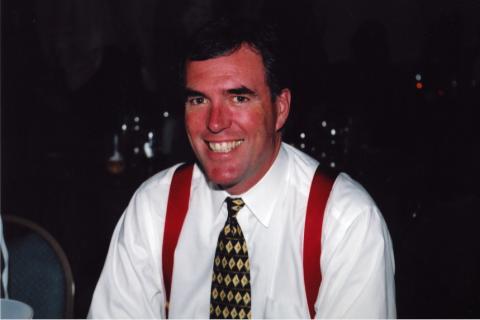 My late husband, Bob (48 yrs old), was diagnosed July, 2003 with stage 4 lung cancer as a non-smoker due to high radon levels in our home in Lake Oswego, OR. The only symptom he had was a small lump on his neck that was causing stiffness. It turned out to be a lymph node. That was the beginning of 14 months of chemo and radiation. In those 14 months the cancer found its way to his brain and widely metastasized. What kept Bob going was hope, which treatment gave him, and the love and support of our family and friends. He lost his battle on November 3, 2004. A big part of our journey was the patient and family support groups offered by our local hospital's Cancer Services. The patient group allowed Bob to talk openly about his struggles and fears. The family group allowed me to do the same. The support we received from the group members and facilitators was invaluable. We didn't feel so alone. Advocacy is another important part. If the patient can't advocate for themselves, a spouse or other should advocate for them. Ask questions, get details, explore options, and talk about concerns with your doctor. I kept a record of all Bob's appointments, procedures and treatments so I could refer to it as needed. I was by his side from diagnosis through his death. Bob was a wonderful husband, father, grandfather, son, brother, uncle and friend. We all love and miss him every day.