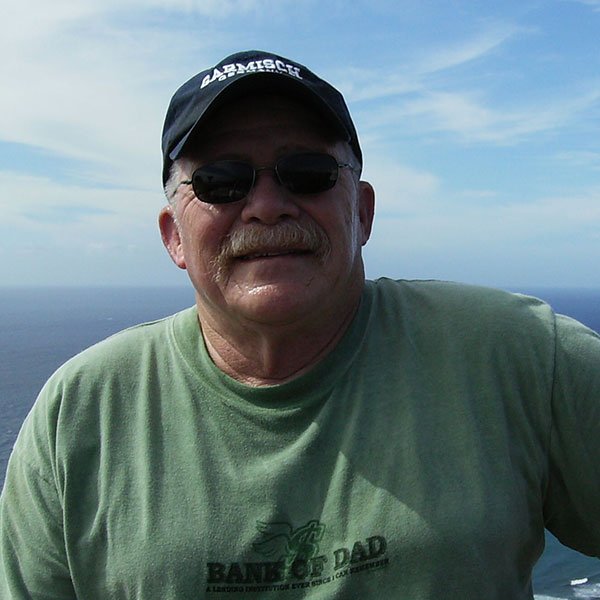 I am a Vietnam vet. In the summer of 2009, I was being diagnosed for gall bladder stones when an alert radiologist noticed a "suspicious area" in the lower lobe of my right lung while reading a CT scan that was focused on my gall bladder. Following gall bladder removal surgery, I was advised to follow up on the suspicious area. It turned out to be stage III-A non-small cell adenocarcinoma, five tumors spread across my right lung. I was completely asymptomatic. My only surgical option was pneumonectomy - removal - of my right lung, which just was not an option as far as I was concerned. I survived 2-1/2 years in Vietnam and I was determined to beat the beast. No way was the big C going to get the best of me! The VA had linked this cell-type/condition to exposure to agent orange. I left Vietnam in 1969, so 40 years later it had come back to try again. I began chemo/radiation treatments at VA Mason Medical Center in Seattle in late September 2009. Fortunately, I did not experience many of the vile reactions and side effects associated with chemo/radiation treatment and my doctors were able to get quite aggressive with dosage levels. All the infusion nurses started calling me "Superman". I still have all the Superman stuff I collected during treatment. Tumors were gone by mid-December 2009. I completed treatment January 26, 2010, and started the long road to recovering from treatment. I climbed Diamond Head in November 2010 and have continued to recover my pulmonary function to the point that it is now back in the normal range. My oncologist released me in 2012, but I continue to see my pulmonologist annually. There is still a mass of scar tissue from radiation in the upper lobe of my right lung, and that will always be there, but that's pretty insignificant, all things considered. I'm looking forward to celebrating my 5th anniversary in January 2015. It's all about attitude, fight and support, and my wife, family and friends have been right with me all the way. Lung cancer carries a stigma - caused by smoking (I quit back in the early 80's). It can be caused by the air we breathe. That's the scary part! And it's also beatable!