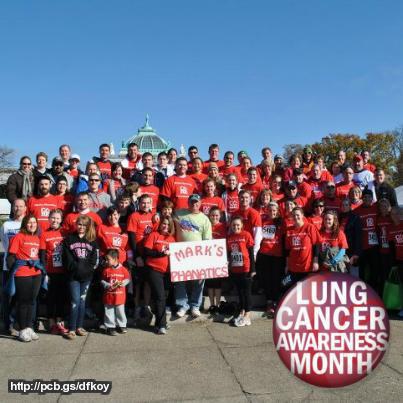 "Don't worry. I'll be fine. See you Friday." These were the last words my Dad ever said to me. I remember that Sunday phone call and the following week like it was yesterday. That Tuesday morning, my sister told me to make the trip across the state home. Less than 12 hours later, my Dad was gone. In May 2011, my Dad was diagnosed with stage 4 lung cancer. His initial prognosis was bleak: a year left to live. The doctors underestimated my Dad's stubbornness though. He responded well to chemo, and the doctors began to believe he could make it to the five year mark. My Dad had goals he was determined to meet. There was hope in the grim situation. But in July 2012, my Dad was unable to eat. He went to the ER only to have the attending doctor send him home, stating he had acid reflux and should just try different foods. A week later, he was in the ICU with severe pancreatitis. He lost his battle on July 31 because his body was too weak from the cancer to fight the curable pancreatitis. Not a day goes by that I don't think of my Dad. He was only 56 when he died and has since missed so much. I wish I would have appreciated the time I had with him more when he was here, but I will always cherish the memories I do have. With the rest of my family, I will continue to honor his fight by raising money and awareness for lung cancer.