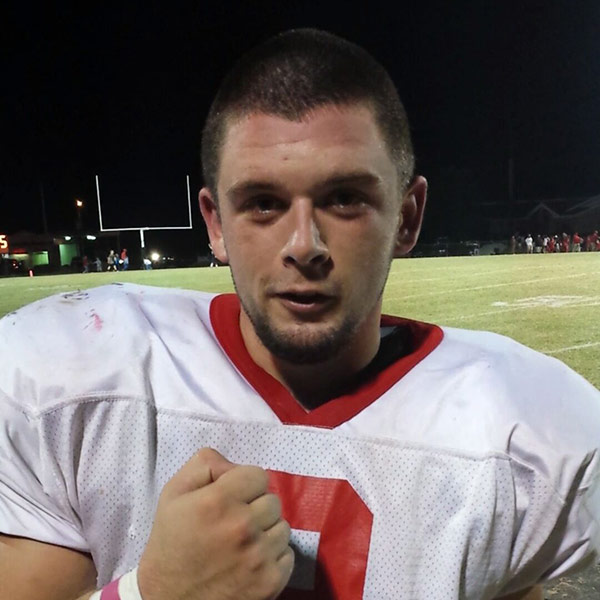 I just wanted to let you know about a young man who is honoring his grandmother, who is currently battling lung cancer. Nickolas, who is a Varsity Football Player in Seneca, MO, has been wearing a pink band around his wrists this season to honor his grandmother, Beth, of Gulf Shores, AL. She has been battling lung cancer for almost a year now, of which has spread to her brain stem and liver. She is currently undergoing her second round of Chemotherapy. After visiting with her over the summer, Nick said that he was inspired by her "...fighting spirit..." and wanted to dedicate his junior season to her. He has said that "...the tape on my wrists reminds me to never take any play for granted, and to go all out - just like Grandma Beth does every day!" He has not shared his dedication with his Grandmother as of yet. His plan is to share this with her either by video or phone before his Homecoming game this Friday. So far his dedication has paid off. Seneca is currently undefeated in their division, and Nick is having the best season of his career. His grandmother also continues to fight the good fight against this devastating disease. It is Nick's hope that when he finally tells his Grandma Beth about what he has done that it will bring her some joy; and, that the joy she feels will help her the same way her commitment to beating this disease has helped Nick.