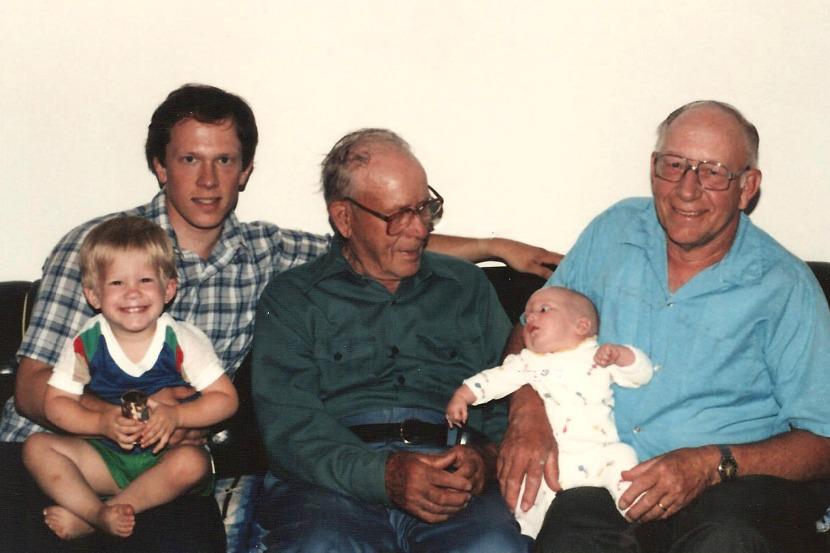 My dad quit smoking in 1985 after his mother died. 3 1/2 years later I convinced him to see a doctor when I detected a 'wheeze' in his breathing. The doctor discovered that he had a tumor in the lower lobe of his left lung and was able to completely remove it surgically. In February of 1991, during a follow-up visit to the doctor, they found another tumor but it was inoperable because it was attached to his diaphragm and esophagus. He was treated with radiation for several months and passed away at the VA hospital on Veteran's Day. At the time his grandsons were 8, 6 and 1. He never knew he had 2 awesome granddaughters yet to come. His father and uncles all lived healthy lives into their late 80s and 90s so it's sad for me to think all the time he missed with his family, and all those who could have benefitted from his presence since he left us. I'm sure my dad thought he was 'in the clear' after he had quit smoking, but I'm sure the tumor was already there. Dad was lucky to have caught the first tumor early enough, but he was not diligent in scheduling regular follow-up visits after his surgeon told him there was a high probability of additional tumors appearing. When he finally did go back in, it was too late. In the 20+ years since Dad passed away there have been many new discoveries in the battle against lung cancer, but early detection is still key. Much more research is needed to advance the fight!