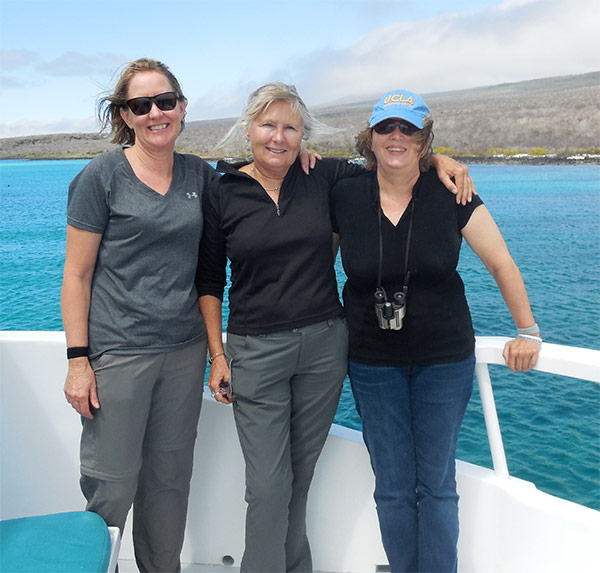 Three summers ago, when I had a terrible backache after a strenuous hike, the last thing I expected was a diagnosis of Stage IV lung cancer. Even less expected was that the tumor, which had pretty much destroyed one of the vertebrae in my lower back, was going to be just the first loop on my roller coaster ride. Miraculously, I am still here, thanks to immunotherapy.

Instantly my whole life went into a fourth dimension, where nights became my escape from the nightmare of my days. We went to one of the best research hospitals in the country, yet the doctors couldn't figure out what I had. Finally they diagnosed it as spindle cell carcinoma, a very rare form of cancer. My first line of chemo showed some progress against my disease. But as with most chemo treatments, the drugs eventually stopped working. The doctor recommended a new line of chemotherapy, but she wasn't optimistic. I decided I wasn't going to do more chemo if all it would get me was a couple more months.

Serendipity intervened. At a conference, my doctor had run into a colleague who was testing a new approach to cancer treatment: immunotherapy, which enables the patient's own immune system to fight the cancer tumors. "This is your chance for a home run," explained my doctor. I drove across town to the clinic, where I was scanned, biopsied, and tested for everything from HIV to hepatitis. After several days of waiting, I got the news that I had passed all the screening tests. I was in!

Everything about immunotherapy is different. I haven't lost my hair. I don't feel nauseous. After my first set of scans, even though I knew I felt better, I was having the usual scanxiety. Then my doctor and nurses came in the waiting room excitedly. After just twelve weeks, my tumors had shrunk by almost seventy percent! One year later, I continue to do well. My drug was recently given breakthrough therapy by the FDA. If I had not taken this opportunity, I would not have written this. I would probably not have seen my daughter graduate from college a week ago. I would not be planning my retirement.

When I first started this harrowing ride two years ago, all I wanted was to go back to my normal life. Now, no one who doesn't know me has any idea that I have cancer, let alone Stage IV. A few people in the immunotherapy trials have had a complete response. Time will tell. But for now, I am enjoying every day. In August, I took a dream trip with my sisters to the Galapagos.