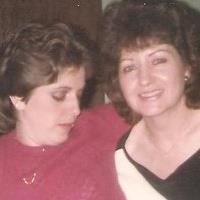 I lost my precious Mama, Hazel, who was also my friend, to lung cancer. She looked much younger than her years. She was diagnosed 25 years after being cured of uterine cancer. On May 18, 2010, she had surgery for metastases to the brain. On November 19, 2010, the radiologist thought they spotted something more. The pulmonologist said it was scar tissue. January 1, 2011, the day she died, was the worst day of my life.

Mama never smoked a day in her life. She worked in shirt factories for years. Know the signs: Knobby fingers which we thought was arthritis. Shoulder pain that we thought was caused by being so active. She had a slight cough and had been treated for bronchitis for a year. Had I known this, Mama may still be alive.