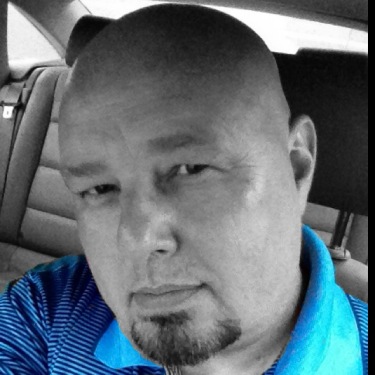 In early Feb, 2011, I went to my primary care physician to be treated for what was thought to be pneumonia. A chest X-ray, CT scan, MRI and bronchoscopy later, I was diagnosed with small cell lung cancer (limited) with a partial collapse of my upper right lobe.Obviously, I was devastated and very depressed. I think I ate one mozzarella stick for the next 3 weeks. All I kept thinking is that I have a wife and four children and it wasn't possible that I might die. They need me!!

On February 18th, 2011, I met with my oncologist and flat out asked her if I was going to die. She told me that lung cancer is no longer the death sentence that it once was. I was so relieved and hugged her tightly.

The treatment plan that I went through was a little unique and aggressive. I started in March, 2011. I went through 4 rounds of chemotherapy, 3 days per week, 3 weeks apart. I had 30 concurrent radiation treatments to the right lung twice per day (morning and evening) for 3 weeks instead of the traditional once per day over 6 1/2 weeks. I had a complete response and was NED!! In August, 2011 I completed 10 PCI treatments (brain radiation) over a 2 week period. The treatments are not easy but the alternative is obviously much worse. One side effect from the PCI treatments that I did not like was the cognitive memory loss. However, that is getting better as time passes. I did not vomit from the chemo cocktail due to the fantastic nausea medicine that is available today. New cancer treatment technology is being implemented all of the time.

I paid zero attention to statistics because I know every case is unique. I knew I was willing to fight to live for my family. I believe you need to find doctors that you trust because they plan out your treatments for survival. I believe other keys to success are to follow that treatment plan closely, stay nourished, stay hydrated, have a solid support system and STAY POSITIVE. When I was diagnosed there was almost nothing on the Internet to give me hope. I found one survival story for SCLC and that was 4 years old. That's all I had to hold onto. Now there are great support sites where you can find a ton of success stories and educated cancer patients and caregivers who provide a wealth of information and support. We are getting closer to curing this horrible disease. If diagnosed with cancer, focus on something important to live for. Then give 110% to beat it!