New COVID-19 Vaccine PSA: On March 10, the Lung Association’s new COVID-19 vaccine public service announcement “Vaccines: Return to What We Love” made its debut. This PSA is an empowering message that leverages the concept of a Rube Goldberg machine to demonstrate the transformative effect of the COVID-19 vaccine to help Americans get back to what they love. From the roar of the crowd to the sound of our grandchildren laughing, we’re looking forward to returning to the moments that matter most. Learn more at Lung.org/vaccine-facts.

COVID-19 Resources: The Lung Association has trusted information and resources to help us all get through the COVID-19 pandemic together. Find the latest at Lung.org/covid19. Recent additions include:

LUNG FORCE Advocacy Day 2021: March 17 is our annual LUNG FORCE Advocacy Day. LUNG FORCE Heroes — those personally affected by lung cancer — will be calling in from across the country to speak to their members of Congress about the urgent need to address lung cancer. The lung cancer survival rate has increased dramatically from 13% to 22.6% over the past five years thanks in part to treatment advances, increased access to care and a new method of early detection. We are committed to doing even more to increase survival rates. You can join them on March 17 and contact your members of Congress to ask them to support $46.1 billion in research funding for the National Institutes of Health, $10 billion in funding for the Centers for Disease Control and Prevention and to ensure that everyone has affordable, adequate and accessible healthcare.

Healthcare Special Enrollment Period: The Special Enrollment Period for individuals and family to enroll in quality and affordable health insurance through healthcare.gov runs through May 15, 2021. This is an opportunity for the millions of Americans who have lost employed-sponsored coverage as a result of COVID-19 to enroll in coverage and to ensure everyone has coverage for vaccines, including the COVID-19 vaccine. The Lung Association has resources on open enrollment in both English and Spanish available at Lung.org/openenrollment.

Climbing Outdoors in 2021! This year join us outside for a one-of-a-kind adventure to support healthy lungs and clean air. Our lungs are at extreme risk right now. That’s why your support is more important than ever! Our famous Fight for Air Climb events are a critical way for people to help raise the funds needed for our lifesaving mission to continue. Register today.

LUNG FORCE Hero: Mia S. was a healthy, active, 43-year-old mother of three. But in 2019, she was diagnosed with lung cancer. She has responded well to treatment and is “feeling better every day.”   Mia is also is grateful for the work of the American Lung Association, and the opportunity to share her story. 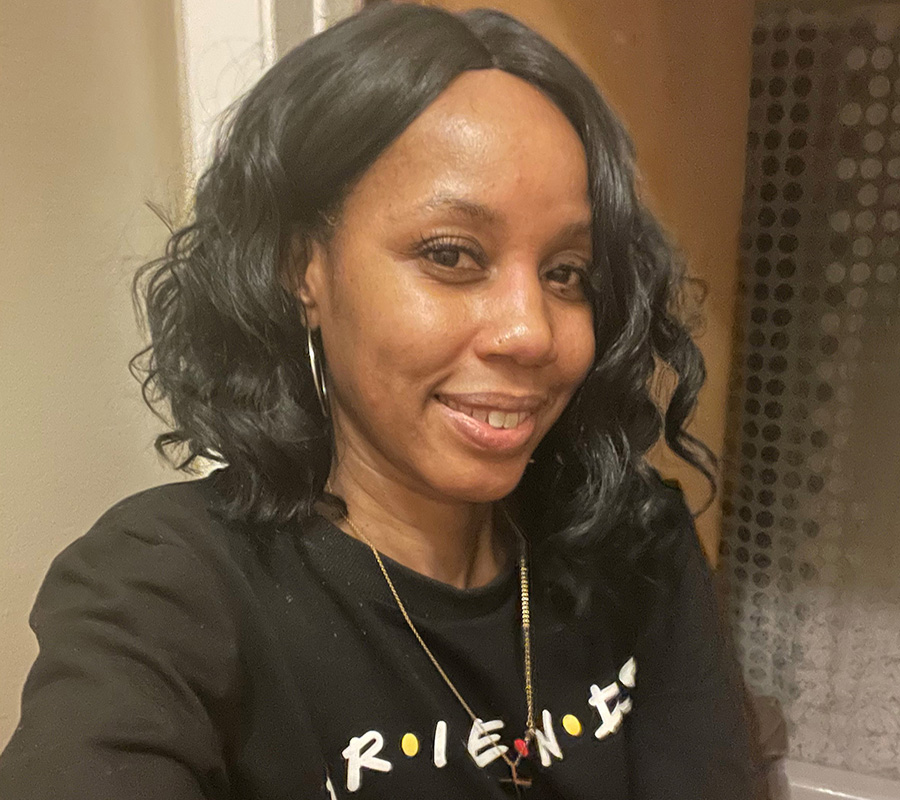 Recent Published Research: Members of our Research Team, Ankit Bharat, M.D., and Deborah Winter, Ph.D., both at Northwestern University were recently published in The Journal of Clinical Investigation. The paper, titled “The Lung Microenvironment Shapes a Dysfunctional Response of Aveolar Macrophages in Aging,” showed that alveolar macrophages [innate immune system cells] change with age due to the microenvironment where they reside within the lung. Dr. Bharat is a recipient of the Lung Association’s 2015-2016 Biomedical Research Grant for his project, “The Role of Carbon Dioxide in Stopping Lung Healing After Lung Cancer Surgery,” and Dr. Winter received our 2019-2020 Dalsemer Grant for her project, “Using Cells from Lung Transplants to Better Understand Pulmonary Fibrosis.”

Return on Research Proposals: In January, the Lung Association announced a second call for applications for our COVID-19 and Respiratory Virus Research Award. As part of our COVID-19 Action Initiative, the award supports investigators with a stellar track record of accomplishment who have the potential to advance our knowledge of COVID-19 and other novel respiratory viruses with pandemic potential. The response from researchers has been astounding with nearly 200 submitted letters of intent. For more information about this award and current recipients, visit: Lung.org/covid19-award..

Understanding Our Legal Advocacy: While much of our advocacy and public policy work has traditionally focused on Congress and the executive branch, legal advocacy has also played a key role in ensuring agencies like the Environmental Protection Agency (EPA) and the Food and Drug Administration (FDA) fully implement the law.  Recently, Lung Association has been involved with a number of important lawsuits against government agencies which are impeding implementing the Clean Air Act and the Tobacco Control Act and protecting lung health. All of these lawsuits come as a last resort, when we believe the law is not being properly implemented or followed by the agencies responsible for them.

Legal Victory on Climate Change: In January, we won a case, American Lung Association vs. EPA, overturning a dangerously inadequate policy on climate change. The Lung Association was the lead plaintiff in the case challenging the Trump Administration’s “Affordable Clean Energy Rule,” which would have not only failed to curb greenhouse gases from power plants but would have actually increased other dangerous pollution. This is a huge victory that helps clear the way for meaningful, health-protective measures to fight climate change.

Challenging Harmful Air Pollution Rules: We also filed three additional lawsuits recently to fix harmful air pollution rules. We’re challenging EPA’s decision to maintain the current, inadequate National Ambient Air Quality Standards for particulate matter and ozone pollution. And we joined a suit against a last-minute Trump Administration rule that would prevent regulations to limit greenhouse gases from any sources except power plants, ignoring the fact that oil and gas operations and many other sources contribute to climate change. As we know, to address the climate crisis, EPA must regulate all sources.

Taking Action to Reduce Tobacco Use: Within the last 18 months, we won two lawsuits against the FDA to require them to implement key provisions of the Tobacco Control Act. The first lawsuit requires them to implement graphic warning labels on cigarette packs. Ironically, two tobacco companies sued FDA in response and now the Lung Association has filed friend of the court briefs defending the agency’s position. We also prevailed in a lawsuit against FDA, requiring them to compel tobacco manufacturers to submit applications to keep products on the market. Both lawsuits are aimed at preventing youth from beginning to use e-cigarettes and other tobacco products and ensuring the public is more aware of the harm caused by these products.

Protecting Healthcare at the Supreme Court: The Lung Association is part of two amicus briefs at the Supreme Court on key healthcare issues. The first brief is regarding Doe v. Trump, which is challenging the entire Affordable Care Act. The second amicus brief filed last month, in Gresham v. Azar, looks at the legality of work requirements in Medicaid programs. The Lung Association previously filed similar briefs on both cases in lower courts. These lawsuits are aimed at ensuring people, including those with pre-existing conditions, have access to affordable and adequate healthcare to treat, manage or prevent lung diseases.

With many Americans getting vaccinated against COVID-19 and others waiting their turn, we’re hearing, “what now?” from those who have been vaccinated. We sat down with Dr. Donald J. Alcendor to get answers to some of your questions, in our new blog “What to Expect After Receiving the COVID-19 Vaccine.” 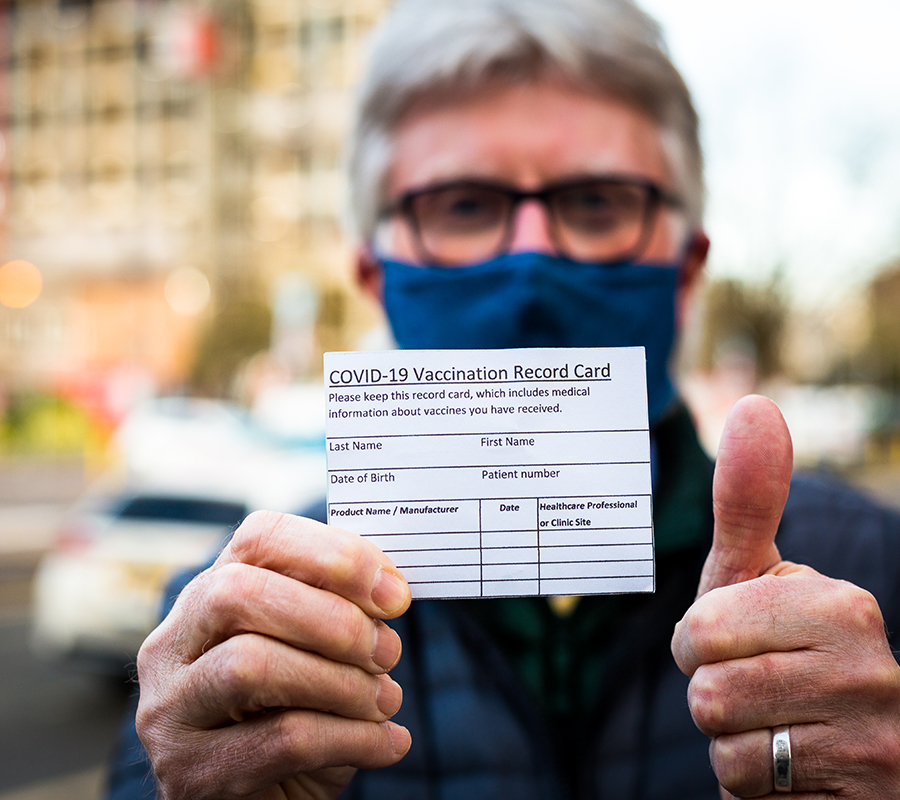 You make our mission possible!

Because of your support, we can conduct research to discover new ways to prevent, treat and even cure lung disease like COVID-19. We can help keep kids from smoking and help smokers quit. We can provide information and resources that improve quality of life for people with chronic lung diseases like asthma and COPD. Thanks to your support, we can continue to clean up the air we all share, and so much more. Thank you for all you do to help us all breathe easier!