From the Frontlines: Medications for COVID-19

Let’s talk about treatment of patients who become sick enough to be hospitalized with COVID-19. For those of you following along at home, I will be talking science which means some of this is still uncertain because we are still learning about COVID-19. Let me start by saying beware of hype and flat-out lies. I saw Twitter posts yesterday stating there were medications that were 100% effective in treating COVID. We have no proven treatments now and absolutely nothing that is 100% effective anywhere in medicine. The medications we are using have theoretical reasons that they might work. They may also be ineffective or harmful. What we do know how to do in the hospital is care. Supportive care with oxygen supplementation, hydration, rest, medications to reduce fever and improve comfort, and good nutrition are given to patients when they are hospitalized with COVID-19, by dedicated caregivers on the frontlines. As Voltaire said, “The art of medicine consists of amusing the patient while nature cures the disease." 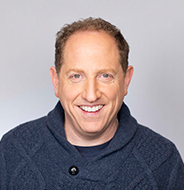 The gold standard for evaluation of treatments is the randomized double-blind placebo-controlled clinical trial. Patients provide consent to be in such trials and are informed of risks and potential benefits. Typically, the placebo group receives whatever is the current standard of care. The double-blind refers to the fact that neither the patient nor the caregiver knows what therapy the patient is receiving in order to reduce bias. Such trials are challenging to conduct, particularly in the hospital and even higher hurdles are present in the critical care unit. When we are faced with overwhelming and deadly illness, we often turn to observational trials which are closer to a doctor giving a patient a particular drug which has theoretical benefit and seeing if it seems to work better than standard of care. This pulls in an incredible potential for bias, particularly when we are searching for treatments for a deadly illness.

Hydroxychloraquine has gotten a lot of hype, in the medical community and in the media, social media, and from our politicians. It is a drug with a long history of use, a known safety profile, and some promising pre-clinical data (in cells in a laboratory, not cells in people) to suggest that it might work. Having a known side effect profile does not mean it is safe, particularly in patients who are critically ill and/or on multiple other medications. A small, 36-patient, non-randomized French trial appeared to show a dramatic response to hydroxychloraquine and has received much press including Tweets from our leaders. These patients were in the hospital, but not in the intensive care unit (ICU). In the study 20 patients received experimental treatment and 16 placebo. One of the biggest problems with the study is that 6 treatment patients were excluded from analysis and 4 of those because their disease worsened (one died, 3 went to the ICU). In sum, what did we learn from this study despite the hype? Not much. So, does hydroxychloraquine work? Theoretically it might, but we don't know.

The media rush to jump on poor quality data led to a run on outpatient prescriptions for hydroxychloraquine. Patients on the medication for conditions like rheumatoid arthritis and lupus have struggled to get their medications filled, risking flares of their disease that could land them in over-crowded hospitals. Other people ingested related but toxic chemicals resulting in at least one death. Several small studies in early COVID-19 infection have not shown benefit of the medication and it should not be used for early disease outside of clinical trials until we have data.

Similar limited data exist for other treatments such as Gilead's experimental antiviral drug, remdesivir; anti-IL6 therapies, and other agents. For providers faced with deteriorating patients, using these treatments is both tempting and in many cases with no known effective therapy not inappropriate. However, as I mentioned they are not without risk and some complications although rare can be deadly. Such deaths risk being blamed on the underlying disease rather than the treatment in the setting of critical illness. Ideally, despite challenges we need to conduct randomized controlled trials of these treatments with good data collection to know what truly works. We providers still must keep in mind the maxim, "primum non nocere," first do no harm.

The proven thing all of us can do is: Stay home. Stay healthy. Save lives.