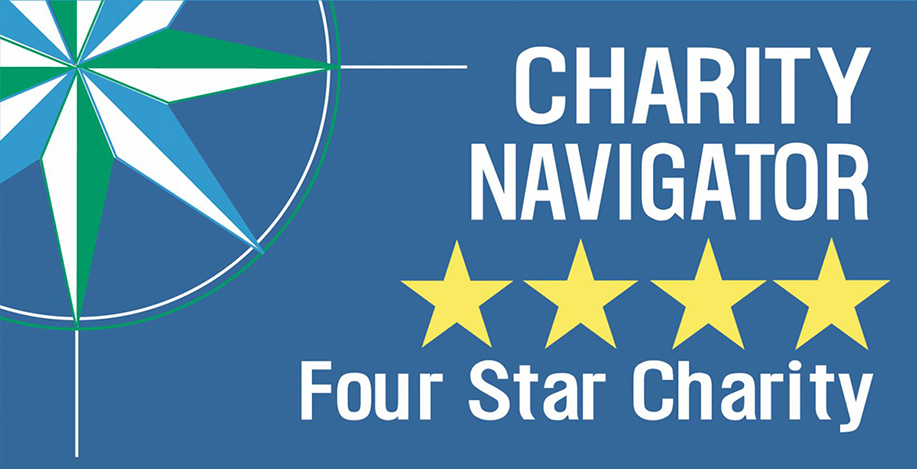 Founded in 2002, using objective, data-driven analysis, Charity Navigator has awarded the 4-star rating only to those organizations which meet the highest standards of fiscal responsibility. In 2011, the organization added an additional 17 metrics, focused on governance and ethical practices as well as measures of openness, to its ratings methodology.

Make a donation to the American Lung Association today. Your gift is vital to helping end lung cancer and lung disease.

Today, 50 percent of a charity's rating is based on financials and fiscal responsibility, and the other 50 percent on the added "Accountability and Transparency" score, which reveal which charities have "best practices" that ensure ethical activities and freely share basic information about their organization with their donors and other stakeholders.

As of July 1, the American Lung Association was awarded a Financial score of 95 percent and an Accountability and Transparency score of 97 percent, for a stellar overall score of 95.87 percent – an all-time high rating for our organization.

"It's all about trust," says American Lung Association President and CEO Harold Wimmer. "The American Lung Association is our nation's most trusted voice and resource for lung health. This 4-star rating is further affirmation that when you make a donation to the Lung Association, you can trust that we will put it to the best, most impactful use. Our 4-star Charity Navigator rating tells our supporters that we are dedicated to being the best possible stewards of their donated dollars."

The American Lung Association is the leading organization working to save lives by improving lung health and preventing lung disease, through research, education and advocacy. In its evaluation, Charity Navigator highlights the many aspects of our mission work including: LUNG FORCE, Freedom From Smoking, Asthma Basics, Better Breathers Clubs, Lung HelpLine, Open Airways For Schools, the Healthy Air Campaign, the Airways Clinical Research Centers Network and our other programs encompassing research, healthy air, tobacco control and cessation, public/professional education and lung health advocacy.

"While we know that the true measure of our success is our progress to end lung disease, we are excited to have the validation of strong ratings in Charity Navigator. Their objective evaluation gives donors confidence in our ability to fight lung disease with the most reliable stewardship," said Wimmer.

In addition to the Charity Navigator rating, the American Lung Association has also been awarded a Gold Star rating from GuideStar, another charity evaluator. We hold the Better Business Bureau Wise Giving Guide Seal and are a member of the National Health Council.

Learn more about why your support of the American Lung Association will make a real difference in the lives of all Americans.