Let's Be Heroes: Classic Cartoon Encourages Kids to Take Care of the Environment 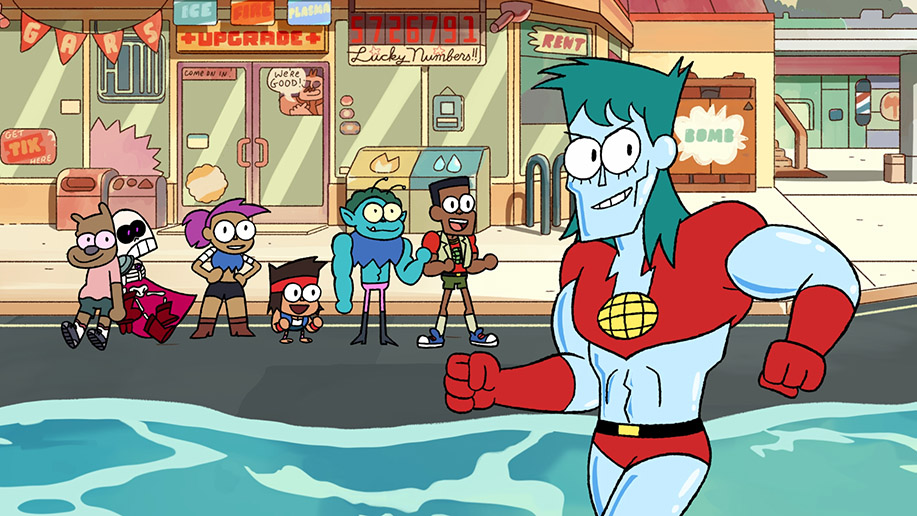 Remember Captain Planet and the Planeteers? We do! It's a cartoon that aired from 1990-1996 and taught viewers to care about the environment. We watched the Planeteers work together to encourage us to be environmentally responsible and clean up pollution. Together they would summon Captain Planet to ward off ecological disaster. At the American Lung Association, we're passionate about fighting pollution and the effects it has on lung health, so we were excited when these beloved environmental heroes from the past made a guest appearance on the Cartoon Network's "OK K.O.! Let's Be Heroes," the superhero cartoon.

If you're not familiar with "OK K.O.! Let's Be Heroes," it's an animated series set in the future when K.O., the lead character, gets a job at a hero supply store and begins his training to become the greatest hero ever.

The episode Captain Planet appears in (episode 33, "The Power Is Yours," airing in October 2017) features Dr. Blight, an "eco-terrorist and evil efficiency expert," who convinces the local factory owner to use the "Ozone Slayer," a device filled with "bad stuff" that generates "more smog and greenhouse gasses than anything in the world." When questioned, Dr. Blight laughs, "the best part of climate change is that no one believes it's real!"

K.O. sees the air pollution coming from the factory and tries to blow it away but to no avail. Then, to his surprise, the original Planeteer Kwame appears. Kwame doles out the signature Captain Planet and the Planeteers' power rings that control the elements of nature (Earth, Fire, Wind, Water and Heart) and K.O. and friends (plus Kwame) summon Captain Planet to take on Dr. Blight and save the day.

This episode of "OK K.O.! Let's Be Heroes" is timely and relevant in wake of the current state of climate change and the federal government's response. In March 2017, the Yale Program on Climate Communication released data that show 70 percent of people think that climate change will harm Americans, while only 40 percent believe that it will harm them personally. It's more important than ever to spread the word that climate change already harms the lung health of Americans, through air pollution, wildfires, floods, hurricanes, and more. We cannot wait: we must take action now to reduce climate pollutants—get rid of the bad stuff— and prevent the worst impacts.

This episode of "OK K.O.! Let's Be Heroes" serves as a good reminder that with "our powers combined" we can implement "solutions to mop up this pollution." We urge you to lend your voice, and you can do that without the help of a superhero. Please sign and share our online petition.