More than 31 million Americans live with a chronic lung disease. With more than 69 projects covering 25 different lung diseases, this year's Research Awards Nationwide shows the scope of scientific research that is critical to identifying effective prevention and treatment strategies as well as cures for lung diseases, such as asthma, lung cancer, pulmonary fibrosis, COPD and more.

We talked to a few of this year's research awardees to get the details on their projects, which run the gamut from asthma and hot weather to drug-resistant tuberculosis. Check out who's who below and view all the research projects we are currently funding, as well as updates on progress from last year's awardees, at Lung.org/ran.

How Does Temperature Affect Lung Function?

On hot days, patients with lung disease such as asthma and COPD often tell Dr. Rice that they are having trouble breathing. That led Dr. Rice to wonder whether there is a connection between temperature and changes in lung function. She also wanted to learn whether air pollution levels interact with temperature to affect a person's breathing. Read more.

With a Lung Cancer Discovery Award from the American Lung Association, Dr. Van Aelst is studying how lung cancer spreads, or metastasizes, from the lungs to other parts of the body such as the bones, brain and liver. If she and her colleagues can determine which genes regulate this spread, they may be able to identify drugs that target these genes and stop the metastasis. Read more.

With a grant from the American Lung Association, Dr. Oldham is using cutting-edge genomic technology to identify specific genes and gene variants associated with idiopathic pulmonary fibrosis, an interstitial lung disease that can result in lung scarring and interferes with a person's ability to breathe. He is optimistic this research will lead to much-needed new treatments for this serious disease. Read more. 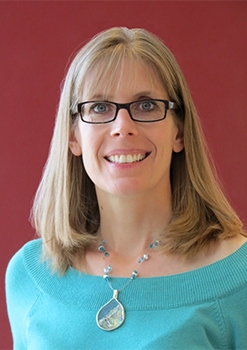 Particles in TB Membrane Could be Target for Treatment

When people don't finish the recommended course of treatment for active tuberculosis (TB), it can fuel the emergence of drug-resistant strains of the disease. Dr. Wearsch believes that as the incidence of drug-resistant TB increases, researchers need to develop new tools to treat the disease. She is studying tiny packets secreted by Mycobacterium tuberculosis called membrane vesicles that are thought to contribute to the survival of bacteria in the lungs. Read more.