Dr. Luis Rodriguez has dedicated his entire medical career to the people of New York, particularly its underserved children. After receiving his bachelor's degree in biology from the University of Puerto Rico and his doctorate from the Universidad Central Del Caribe, Dr. Rodriguez came to New York. Here, he undertook a four-year residency in pediatrics with Mount Sinai School of Medicine and Elmhurst Hospital Center—an acute care facility under the Health and Hospitals Corporation (HHC). Dr. Rodriguez spent his final year at Elmhurst as chief resident and then went on to complete a three-year fellowship in pediatric pulmonology at the Mount Sinai School of Medicine.

The first 20 years of Dr. Rodriguez' career were spent in various roles within the Mount Sinai system, including several positions within Mount Sinai Services at Elmhurst Hospital Center. Among these was a lengthy tenure as chief of pediatric pulmonary and critical care and eight years as associate director for the Department of Pediatrics. In 2009 Dr. Rodriguez joined the Woodhull family as chief of the Department of Pediatrics.

As a board-certified pediatric pulmonologist, Dr. Rodriguez' work focuses primarily on issues that affect breathing, such as asthma and tuberculosis. He has regularly presented on various topics, particularly asthma management, for both professional and community audiences. He is the author of several publications, including, most recently, articles on febrile seizures, a wandering spleen mimicking appendicitis and random testing of an electronic asthma monitoring system.

Dr. Rodriguez has served in several leadership roles in the American Lung Association at the city, state, and regional levels. He has volunteered with the Open Airways in School Program, which teaches New York City elementary school children with asthma about their disease and in the "Rostros de la Gripe" campaign, encouraging the Hispanic community to get their annual influenza vaccine. He also served a four-year term on HHC's Executive Leadership Asthma Task Force.

His service has earned him several recognitions, including the American Lung Association's Bernard Gregory Award for Diversity, a national honor, an invitation to serve as grand marshall for Brooklyn's annual Three King's Day Parade, and as an honoree at the Woodhull Medical Center Auxiliary Board Gala.

As chief of Woodhull's Department of Pediatrics, Dr. Rodriguez is responsible for overseeing the complete range of services the hospital provides to younger patients. He is particularly concerned with efforts to increase wellness and manage chronic conditions—such as asthma—that are having a devastating impact on our communities. 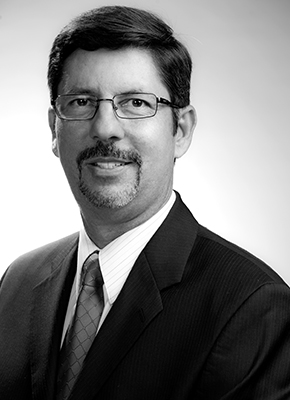