I'm currently 82 years young and ever so grateful. About 30 years ago I began having allergies, then on to asthma. In 1996 I was given the diagnosis of COPD and about 10 years ago this was followed with the emphasis on emphysema. I am now at 26 percent lung function and on oxygen during the day with a CPAP for breathing at night and, of course, a nebulizer, 'Rescue Inhaler' and several other medications.

For several years I was in the hospital at least twice a year but am now happy to say that my last 'visit' was in 2013, thanks to the wonderful information received via our American Lung Better Breathers group at St. Rose Hospital, Hayward, CA.

I have learned so many ways to help myself get past the difficult times and most of all, how to curb stress and frustration which comes from lack of ability to do all the things I used to do. I used to teach meditation (mostly guided imagery) and even though it has been many, many years ago I still remember and practice these techniques today.

Stress, anxiety, frustration and anger accompanied the folks who came to the domestic 'non'-violent groups that I used to teach and the feelings are no different when it comes the defeated feeling and lack of control that the thousands of us feel when restricted breathing prevents doing the many activities that we used to do without giving them any thought at all. Actions that used to be automatic now have to be pre-planned and, at time, cannot be accomplished at all.

I have also been in 12-step groups since 1982. The most recent was 22 years as facilitator for a Co-Dependence Support Group. When January 2017 arrives I will be retiring from the position of Recording Secretary for a different group which I have done for 16 year.

I decided it was time to retire from the above groups in order to give myself more time to visit with my 43 "children" (includes spouses, grandchildren and great grandchildren) as well as further pursue my love of the arts. I am a 10-year pyrographic artist (i.e. wood burning), do three events a year (with the help of one of my daughters), and fulfill many commissions. When I am creating I am totally unaware of my health issues and am at peace with the world. This has become one of my main forms of meditation over the years as I completely embed my soul and spirit in what I am creating…I get to be in a world without negativity!

Now I feel it is time for me to increase my help for others who suffer from breathing disorders in any way I can. So much has been given to me by so many others that I feel it is my time to give back. I have been volunteering with the Hayward CA Better Breathers group since 2013 and would like to expand this assistance, however, I am able. I also became a member of the Fremont CA Better Breathers group in January of 2016 and offer service there whenever I can. Traveling is now plagued with unwanted barriers due to all the equipment I need to have, especially the O2, but I still have a strong voice and a lot of love for those who may just want someone to talk to on a 'bad' day.

Thank you for listening to me and for giving me the possible opportunity to give others a hand and a voice. 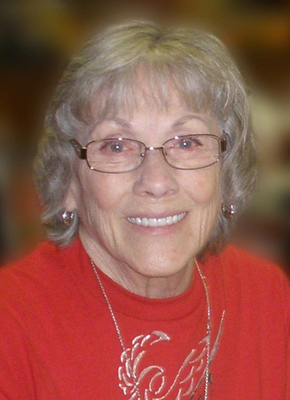